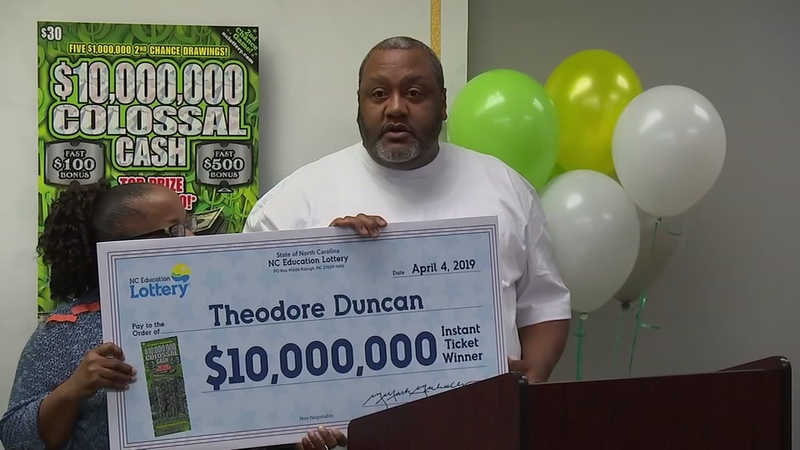 He purchased the $30 Colossal Cash ticket at the Berea Mini Mart in Oxford after performing a mundane chore.

"Left home. Went to carry the trash out to the landfill. I thought, I'm going to buy me a ticket," Theodore Duncan said at ceremonial check presentation at North Carolina Education Lottery headquarters in Raleigh.

Duncan said he always scratches off only the top of each circle to reveal the number to see if he has a match.

If so, he then scratches off the bottom to reveal the amount of the prize.

In this case he saw a dollar sign so he knew he won something.

The room, filled with lottery employees and media representatives, erupted in laughter.

Duncan continued to entertain the crowd with his answers like when he was asked if he was still working.

He pointed out that he liked his job as a mechanic and hopes someone deserving can take it over.

"That's one reason I retired. Somebody else needs a job; hopefully they'll get it, because I had a good job, very good job. I worked for a great company," the 52-year-old said.

He plans to buy a new home with a pool and some nice gifts for his kids, grandkids and brothers.

When the ceremony was over and everyone was about to leave Duncan held up his hand and said he wanted to say one more thing.

That elicited numerous sighs and a round of applause.