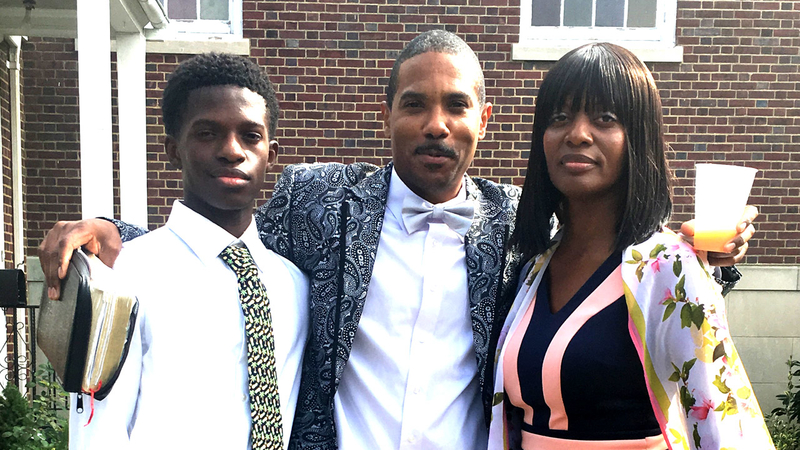 MIDDLE VILLAGE, Queens (WABC) -- Malcolm Xavier Combs is a senior at Christ the King High School in Middle Village, Queens. But he was told he cannot put the name "Malcolm X" on his school sweatshirt.

The discussion has gotten so intense, the Combs family now plans to attend a rally with the Reverand Al Sharpton and the daughter of Malcom X this weekend.

Christ the King High School is a private Catholic School with about 900 students, including 160 seniors. About 100 of them recently ordered senior sweatshirts with their names on them.

However, the form they were asked to complete requested only a first OR last name -- no nicknames. And so Malcolm was told, no. But a spokesman for his family on Thursday said it's how he was told no that was so offensive.

"The assistant principal pulled him out of English class and told him, 'You don't wanna be associated with his name,' said the Reverend Kevin McCall of the National Action Network. "He was like, associate with MY name? That's my name. That's on my birth certificate."

He added, "Another teacher comes in, who's the varsity coach, who is her husband. She points to the student, Malcolm, and starts laughing, and says, 'This is the new Malcolm X,' in the spirit of Black History Month.

The school maintains that the assistant principal never made derogatory comments about the well-known black activist.

A spokesman Thursday also insisted Malcolm X is a part of their curriculum at the school. Nevertheless, that was not the takeaway from the Combs family.

"The school said that their teachers can use their personal opinions about anyone who is controversial, to deem them controversial, which is absurd," McCall said.

The Revereand Al Sharpton and Ilyasah Shabazz, the daughter of Malcolm X, are both expected to join the Combs family at a rally this weekend.

The rally will take place at the National Action Network, in Harlem. Eyewitness News is told the student will be there, wearing a school sweatshirt that says, "Malcolm X."