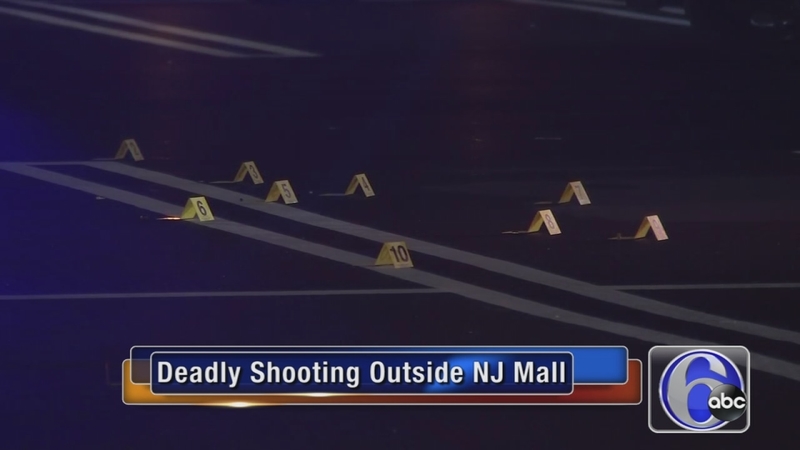 MAYS LANDING, New Jersey -- Authorities have identified the victims of a shooting in the parking lot of a mall in Mays Landing, Hamilton Township that left a man dead and his brother hospitalized.

21-year-old Demond Cottman of Atlantic City, N.J. was killed, and his brother, 26-year-old Shadi Cottman of Clayton, N.J., was shot in the leg after the gunfire erupted at 1 a.m. Friday.

It happened outside the Hamilton Mall on East Black Horse Pike near the entrance to the Macy's store.

Authorities say the gunfire erupted around 1 a.m. outside the Hamilton Mall on East Black Horse Pike near the entrance to the Macy?s store.

Arriving officers found Demond Cottman had been shot multiple times. He was pronounced dead at the scene.

Action News was there just before 7 a.m. Friday as police towed away a silver SUV pockmarked with bullet holes.

The investigation continues into a shooting outside a mall in Atlantic County, N.J.

Anyone with information about this incident was being asked to call the Atlantic County Prosecutor's Office Major Crimes Unit at 609-909-7666 or the Hamilton Township Police Department at (609) 625-2700.