WABC
By Candace McCowan
STONY BROOK, Long Island (WABC) -- A man who police say brought explosive devices into a Long Island hospital, prompting the evacuation of the emergency room, appeared in court Thursday, and authorities say disaster was avoided thanks to an NYPD detective with a sharp eye.

Off-duty NYPD Detective Salvatore Billigmeier, who happened to be at the hospital with his father, noticed a man in a tactical vest arguing with a Stony Brook University Hospital worker just after 9 p.m. Tuesday.

Police say Billigmeier followed the man and saw him return with a large backpack. He alerted university police, who took Roden into custody and found a "suspicious package" in his bag.

Two floors of the hospital -- including the emergency room -- were evacuated as a precautionary measure while detectives investigated.

No injuries were reported, and the emergency room re-opened by 1:30 a.m., just in time for Billigmeier to take his father home.

The NYPD is applauding their detective.

Excellent job by Detective Billigmeier of the 107th Detective Squad for springing into action even when off-duty. Billigmeier was at Stony Brooks University Hospital when he observed an individual arguing with a hospital worker. pic.twitter.com/2sc6bg032e

On Wednesday, a search warrant was issued at Roden's home, where authorities say multiple explosive devices were found.

Neighbors said they've heard explosions both small and large come from the backyard every so often over the past few years.

Police believe Roden made these devices himself.

"We were able to analyze it yesterday, where we determined that it did have the ability to be energized and exploded," Suffolk Police Chief Chief Gerard Gigante said. "So it was, in fact, a device that could have been detonated if it was built correctly...Our emergency services bomb squad made the device safe for transport, and it's being transported to the FBI laboratory, will be analyzed and evaluated, and additional charges, pending the lab report, are possible."

Police say Roden brought his partner to the emergency room Tuesday night, and apparently became upset when he was denied access to the patient area due to COVID-19 visitation restrictions.

Roden pleaded not guilty at his arraignment, and the judge ordered him held on $1 million bond.

Roden, who is unemployed, also has an open case of menacing from 2019 when prosecutors say he threatened to beat someone with a hammer.

Investigators said Roden told police to be careful before they searched his home because he had multiple booby traps set up around the house.

Prosecutors said police had to disable a booby trap just outside Roden's bedroom.

Investigators said they also found inside the home 42 grams of methamphetamine, an AR-15, and electronics used in creating explosive devices.

Suffolk County police said they are working with the FBI and the Bureau of Alcohol, Tobacco, Firearms and Explosives, and the investigation is ongoing.

The hospital has more than 600 beds and treated more than 100,000 people in the emergency room last year.

Officials said they won't stop there and will continue to explore more opportunities to maintain a safe and secure environment for employees and patients. 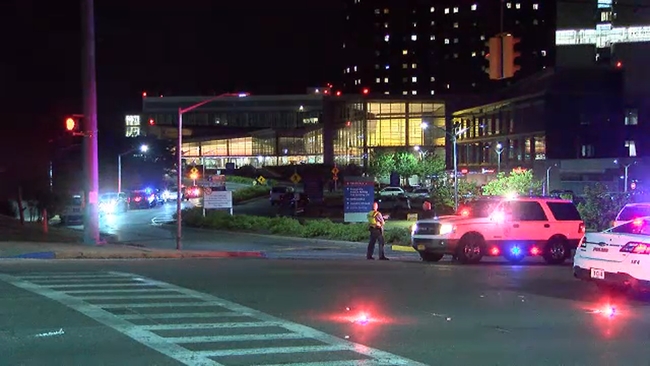