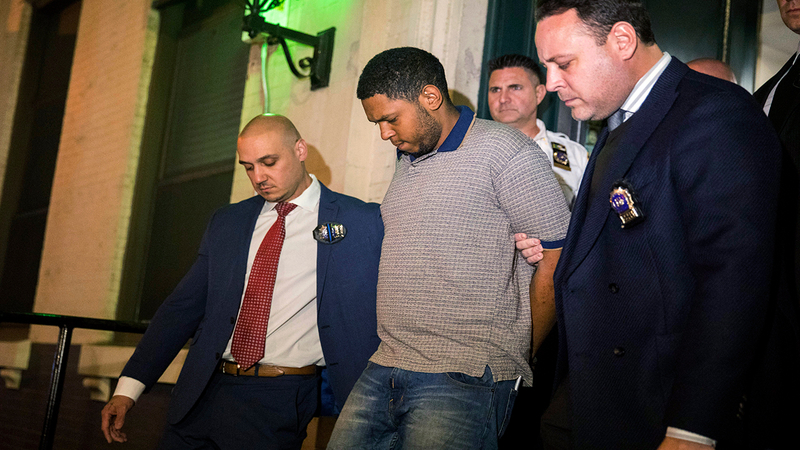 CHINATOWN, Manhattan (WABC) -- A homeless man facing murder charges in the beating deaths of four men as they slept on the New York City streets pleaded not guilty after he was held in a psychiatric ward for nearly a month since his arrest.

Charges against 24-year-old Randy Santos were unsealed during his arraignment Monday after being indicted by a grand jury.

Santos appeared in court in an orange jail suit with his hands cuffed behind his back. He is being held without bail and was due to be returned to the prison ward at Bellevue Hospital after his court appearance.

Santos, who is homeless, is accused of targeting sleeping homeless men in a violent spree earlier this month. He's accused of attacking his victims at random with a 15-pound metal pipe.

Santos is also a suspect in an attack on a homeless man who sleeping on a bench along the West Side Highway just north of Chelsea Piers on September 27.

RELATED: More on the victims of the attack

Prosecutors say Santos confessed to bludgeoning the men with a metal rod. His lawyer told the judge that they will likely pursue a mental health-related defense.

He's also charged in the non-fatal beating about a week earlier of another man who was sleeping on a bench in midtown Manhattan. In that case, prosecutors said, Santos attempted to pick the man up and throw him in the Hudson River.