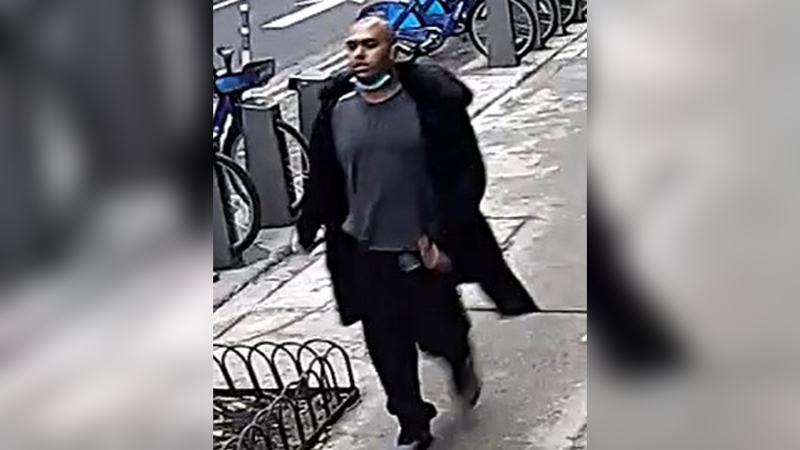 MANHATTAN, New York (WABC) -- Police are searching for the suspect who hit a woman in the head with a cinder block in Manhattan on Thursday.

Officials say a 51-year-old woman was walking down the street on East 47th Street and Third Avenue just after 2 p.m. when she was approached from behind by a male suspect.

Police say the man hit the woman in the back of the head with a cinder block before fleeing westbound on East 48th Street.

The NYPD says this was an unprovoked attack.

Naveen Dhaliwal has more on a 41-year-old man charged with vehicular manslaughter in connection with a wrong-way crash in Westchester County that killed one person and injured two.

The victim sustained injuries to the back of her head.

She was taken to Bellevue Hospital in serious but stable condition.

Surveillance video shows the man police are looking for in connection to a random cinder block attack that left a woman in serious condition.

There are no arrests at this time.

Police arrested Nathan Burk's coworker in connection with the crime.