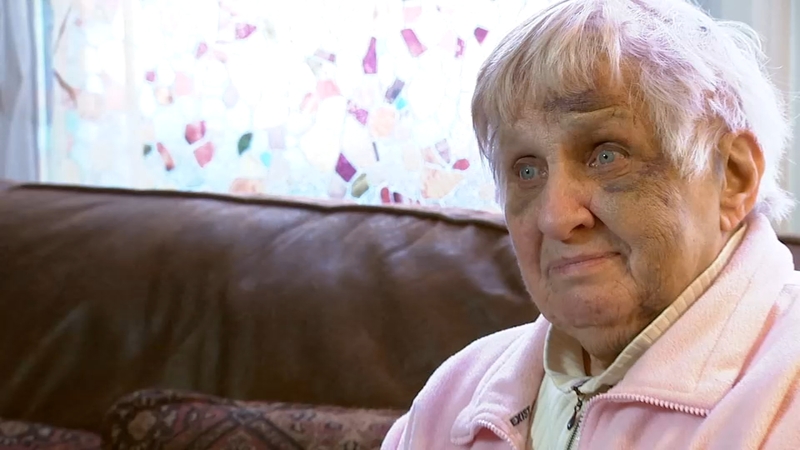 It happened as she slept inside her house on East 27th Street in Paterson, after her vicious assailant broke in and attacked her in the middle of the night.

"All of a sudden I was being beaten," Mary Veronelli said.

Veronelli is now out of the hospital but is also out of her home. She says simply too afraid to return until the attacker is found and arrested.

"When I was on the floor, he was punching me in the back," she said. "I'm still black and blue."

Toni Yates reports from Montville on the missing mother and two young boys.

The tough, independent woman barely survived the attack and was left a bloody mess.

"Then I was on the floor," she said. "I couldn't get up because I was in a pool of blood by the dresser."

The suspect broke into the house through a back door window, came into her room, and -- without saying a word -- he unleashed his anger on her.

"He just pummeled me," she said.

It happened in a section of Paterson that is not known for crime, but as scary as the incident was, Veronelli said she still wants to come home.

"(I'm afraid to go home now) because he's still there," she said.

No one has been arrested, but there are reports that cops are looking at possible suspect.

"We are hyper focused on bringing her assailant to justice," Mayor Andre Sayegh said.

Meteorologist Jeff Smith says people with underlying conditions and even the average person might want to avoid outdoor activity due to the fire.

Veronelli's son Robert says this is the second incident involving his mom in less than two years, and he wants answers.

"She has 21 staple marks in her head," he said. "Not from him hitting her, but police said there's puncture wounds, which means he didn't hit her. He probably had something in his hands.

Mary has lived in Paterson most of her life, worked in the school district and still loves her home, friends and people in her neighborhood.