The Mets' wild and amazin' ride to the World Series 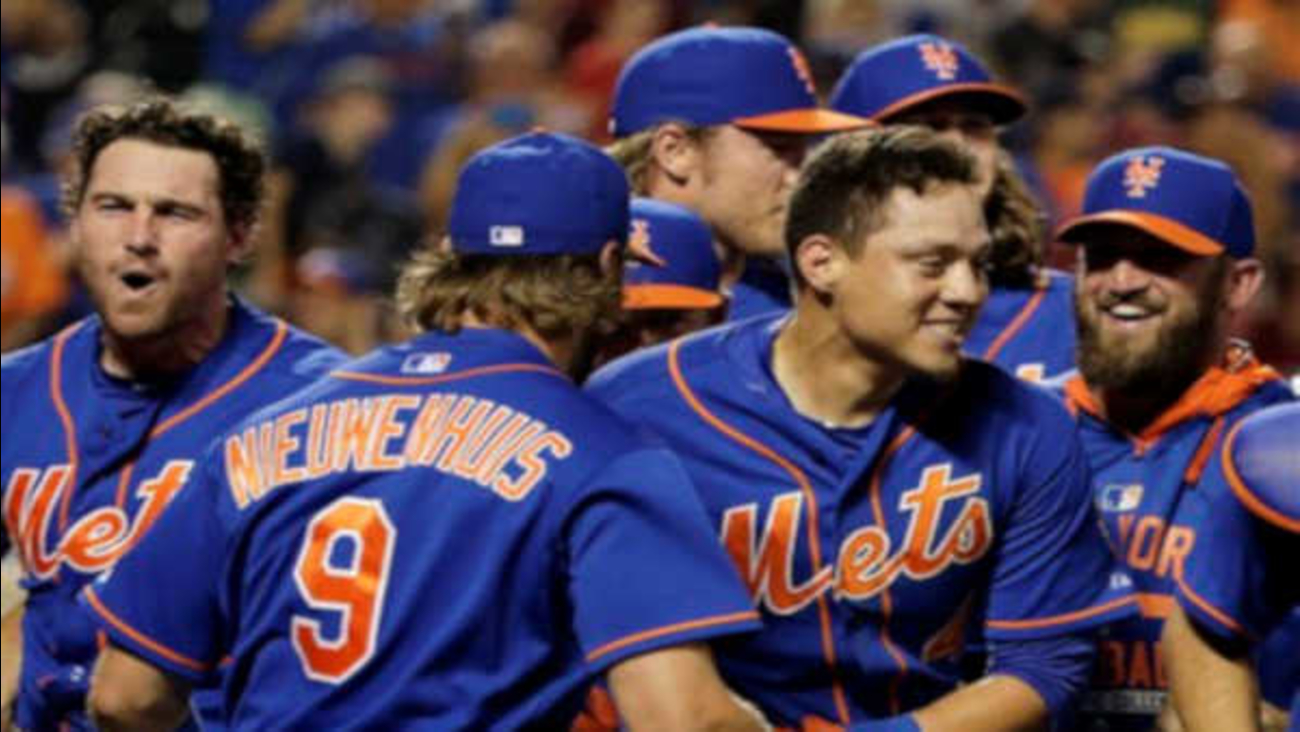 New York Mets' Wilmer Flores, center, is mobbed by teammates after hitting a walkoff solo home run during the twelfth inning of a baseball game to defeat the Washington Nationals. ((AP Photo/Julie Jacobson))

To say the least, it has been one roller coaster of a season for the Mets. Take a look back at all of the highs, lows and tears that got the Mets to where they are. 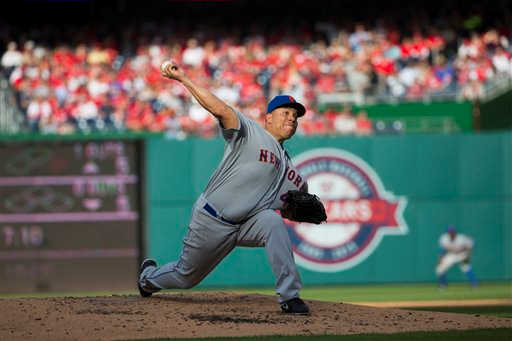 Bartolo Colon, 41, beats $210 million ace Max Scherzer as the Mets open the season with a 3-1 win at Washington, a huge favorite in the NL East. Jenrry Mejia is unavailable to close because of a tender elbow that lands him on the disabled list. Days later, Mejia draws the first of two long drug suspensions, and setup man Jeurys Familia is promoted to closer. Familia immediately earns eight saves during an 11-game winning streak and finishes with 43, equaling the club record. With a 1.85 ERA in 76 appearances, he is arguably the team MVP. Then he saves five games in eight spotless outings during the NL playoffs. "He saved the season for us," Collins said.

General manager Sandy Alderson starts overhauling a feeble offense. On the same day outfielder Michael Conforto gets called up from Double-A, veteran pros Juan Uribe and Kelly Johnson are obtained in a trade with Atlanta. From July 25 on, the Mets lead the National League in runs, homers and slugging percentage. "That's who shook the clubhouse up. When Kelly Johnson and Juan Uribe walked in that clubhouse and guys all of a sudden realized their jobs were at stake, it changed. We got some guys swinging the bats much more aggressively with much more sense of urgency, and that's when I think we turned things around," Collins said.

On a surreal night at Citi Field, word leaks that New York has a trade in place to send Flores and injured pitcher Zack Wheeler to Milwaukee for Carlos Gomez. Fans give the 23-year-old Flores a farewell ovation during the game, and cameras catch him crying in the dugout and wiping away tears at shortstop. The deal ultimately falls through, and Mets rooters instantly fall for Flores and his unabashed loyalty.

One day after a gut-wrenching loss to San Diego, catcher Travis d'Arnaud finally comes off the disabled list and Alderson acquires slugger Yoenis Cespedes from Detroit just 13 minutes before the trade deadline.

Sidelined more than four months because of a strained hamstring and spinal stenosis, Wright hits a colossal homer on his first major league swing since mid-April. "Couldn't have been any better," he says. New York sets franchise records with eight homers and 15 extra-base hits in a 16-7 victory at Philadelphia. The night before, Wright was in full uniform when he greeted teammates with a batch of cookies at their hotel following a long flight from Colorado. 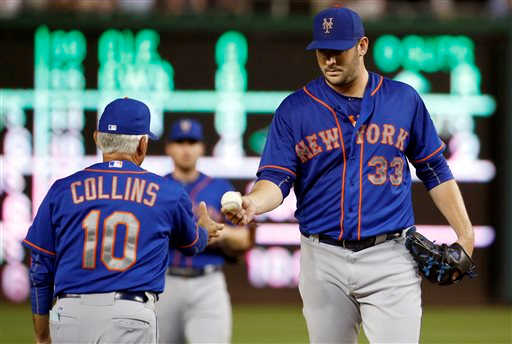 In the wake of a recent uproar about his innings limit, Harvey exits trailing 7-1 in Washington. But the Mets rally to win, one of three scintillating comebacks in a three-game sweep powered by Cespedes and pinch-hit homers from Johnson and Kirk Nieuwenhuis. They open a seven-game lead in the NL East. "Biggest three games I've had in my career," Collins says. "Inspirational play by every guy that was out there."

Lucas Duda hits a grand slam and Wright adds a three-run homer in a 10-2 victory at Cincinnati that clinches the club's sixth NL East title, putting the Mets in the playoffs for the first time since 2006. "It's been a long time," Wright says. "Too long." Collins and his players return to the field to celebrate with thousands of Mets fans who made the trip, slapping high-fives and spraying them with champagne in a scene that would be replicated following playoff triumphs in Los Angeles and Chicago. 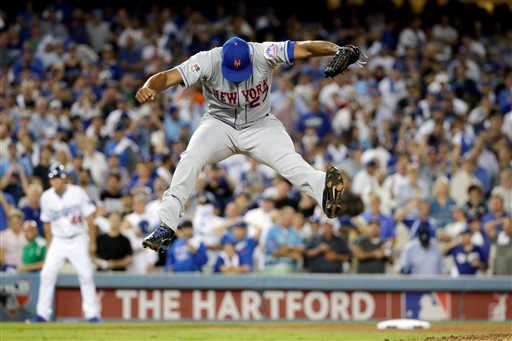 Five days after shortstop Ruben Tejada breaks his right leg on a late takeout slide by Chase Utley, the Mets edge the Dodgers 3-2 behind a gritty Jacob deGrom to win their NL Division Series. Daniel Murphy alertly steals an uncovered third base on Duda's walk and hits a go-ahead homer off Zack Greinke. Murphy continues his uncharacteristic power surge against the Cubs and is selected NLCS MVP following a four-game sweep. He sets a major league record by hitting a home run in six straight postseason games. "He's not human. He's not on this planet right now," teammate Tyler Clippard says. "Another life form jumped into his body."