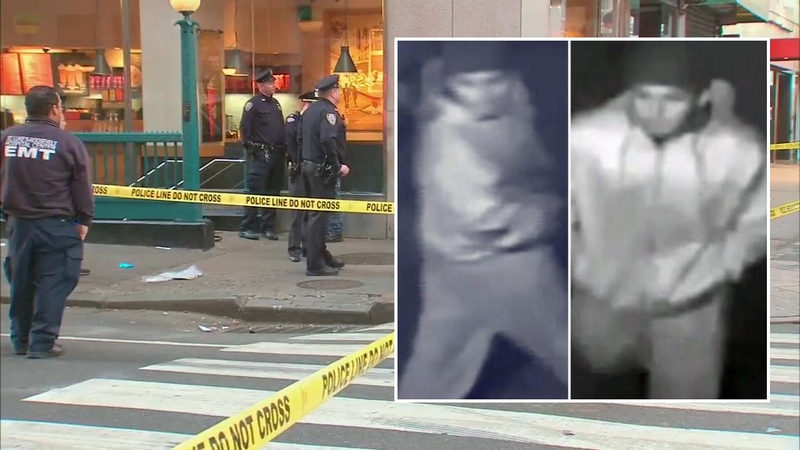 NEW YORK (WABC) -- The second suspect wanted in connection with the deadly triple shooting in Midtown near Penn Station earlier this week has been arrested in Rhode Island.

Authorities say 23-year-old Francisco Alsina, the suspected gunman, was taken into custody by the US Marshals Fugitive Task Force.

Alsina was tracked through his cell phone and finally located at a relative's house.

A silver .380 handgun was recovered inside a bag in his possession. Investigators will not immediately comment on whether that was the weapon used in the shooting.

Alsina is being charged with possession of a firearm by police in Rhode Island, with additional charges pending New York upon his extradition.

The first suspect, 27-year-old Vincent Arcona, was arrested after police said he checked himself into a Bronx hospital overnight Wednesday. He allegedly used an alias when he walked into Bronx Lebanon Hospital at 4 a.m. seeking medication and a psychological evaluation.