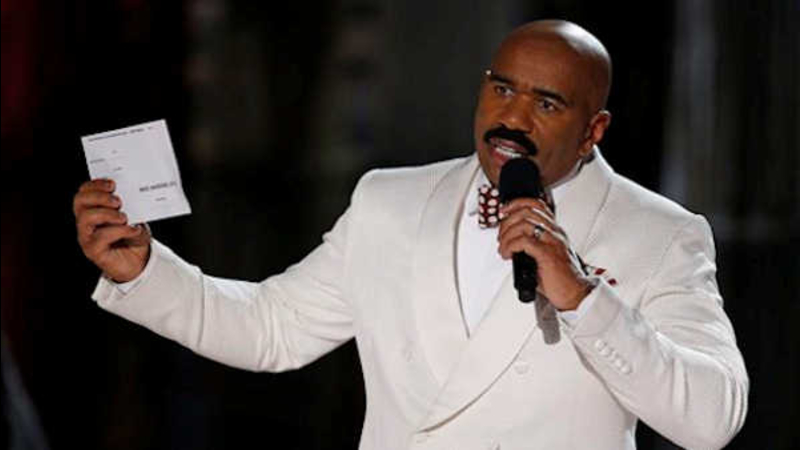 LAS VEGAS -- The Miss Universe pageant and host Steve Harvey doubled down on the apologies Monday after an excruciating live television moment - announcing incorrectly that Miss Colombia had won and then taking the crown from her head to give to a rival from the Philippines.

The fallout from Sunday's show made Harvey an online symbol of "oops" moments, drew a reaction from Colombia's president and even a gloating tweet from Donald Trump, the pageant's former owner.

As televised on Fox, the contest was down to Ariadna Gutierrez Arevalo of Colombia and Pia Alonzo Wurtzbach of the Philippines when Harvey, a first-time Miss Universe host, proclaimed Gutierrez the winner after a long dramatic pause.

Music swelled, Gutierrez was fitted for a sash, given flowers and a crown was placed on her head. That made it two straight Miss Universe winners for Colombia, where the pageants are taken seriously. She bathed in applause for nearly two minutes before Harvey slowly made his way back onto the stage.

"I have to apologize," he said. "The first runner-up is Colombia."


The camera switched to a bewildered-looking Wurtzbach, who came back on the stage to get the crown as the same celebratory music repeated. Harvey said she'd be taking her first walk as Miss Universe, but mostly she stood immobile. A woman stood in between the two contestants, trying to comfort Gutierrez by rubbing her back.

Two minutes later, the comedian who hosts his own daytime talk show as well as the game show "Family Feud" returned, saying "let me just take control of this."

Harvey explained on the air that he misread the card he was given with the names of the winners. Colombia was listed as the first runner-up, and he'd been confused with how it was written. He held up the card for the camera.

"It is my mistake," he said. "Still, it's a great night. Please don't hold it against the ladies. We feel very badly, but it's still a great night."

Harvey later tweeted an apology to the women and viewers. "I feel terrible," he wrote. The Miss Universe organization also issued an apology on Monday.

Wurtzbach later said she was happy to win, but confused and concerned for her rival. She said she tried to approach her backstage, but the Colombian contestant was crying and surrounded by a crowd of women.

"I did not take the crown from her," Wurtzbach said.

Celebrations quickly turned to anger in Colombia, where the hashtag "Respect the Crown" was the country's top trending topic on Twitter. Even the president was upset.

"They put the crown on her head," President Juan Manuel Santos said Monday. "The photos are there to prove it. To me, as a Colombian, she is still Miss Universe."

It was the pageant's first time on Fox, and the Nielsen company said the contest was seen in the United States by 6.2 million people - strong numbers for the network. The previous Miss Universe on NBC, in January, reached 7.7 million people. 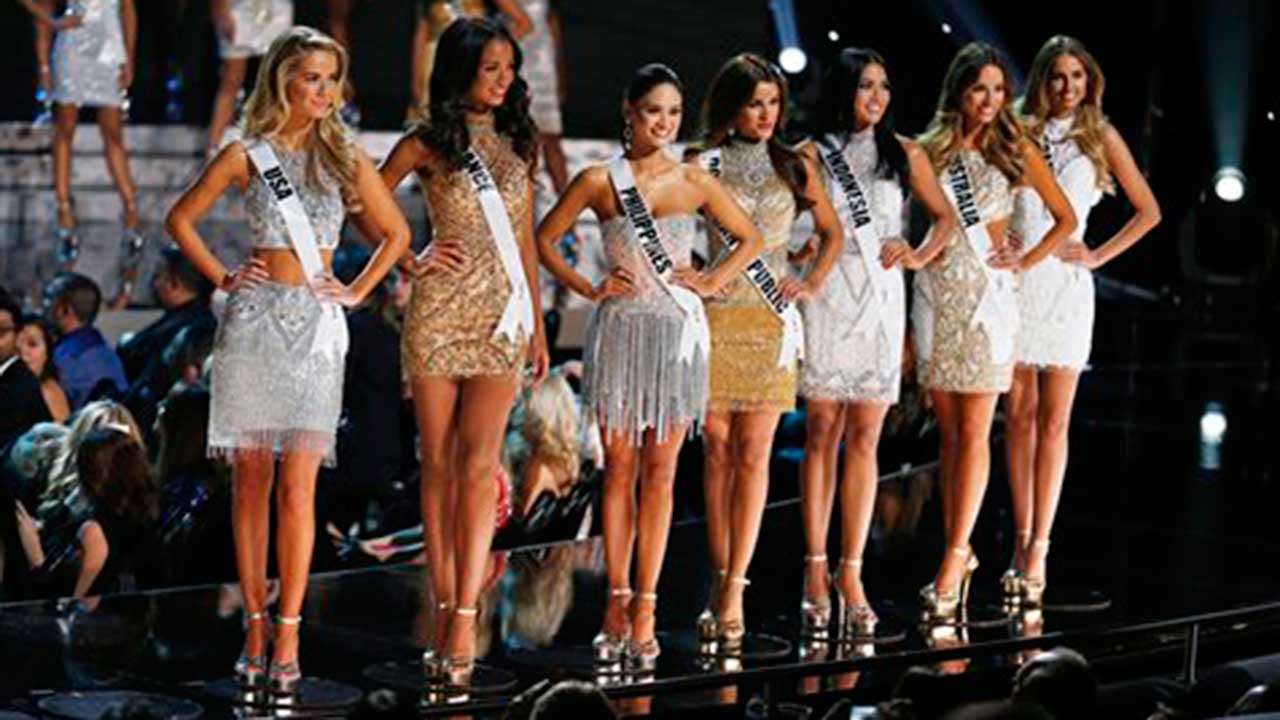 NBC dumped the pageant after Trump, its then-owner, angered many Latinos with comments about immigration. Trump subsequently sold the pageant and tweeted after the flub that it "would never have happened" on his watch. He retweeted someone else's comment that Trump must be happy that the pageant had gone "off the rails" after he sold it.

He softened his tone in an interview on NBC's Today Show, calling Harvey a "great guy" who handled it well. Trump said if he were still in charge of the show, he would make the women share the title.

Harvey, the comedian, found himself the butt of Internet jokes Monday. One prominent post showed his smiling face under the headline: "Happy Friday!" followed by "Wait, sorry, it's Monday."

Last year, the winner of the Miss Florida pageant had to give back her crown following a vote-tabulation error that was noticed days later. And a transcribing error caused the wrong author's name to be announced for a National Book Award in 2011. Neither event happened on live television, however.