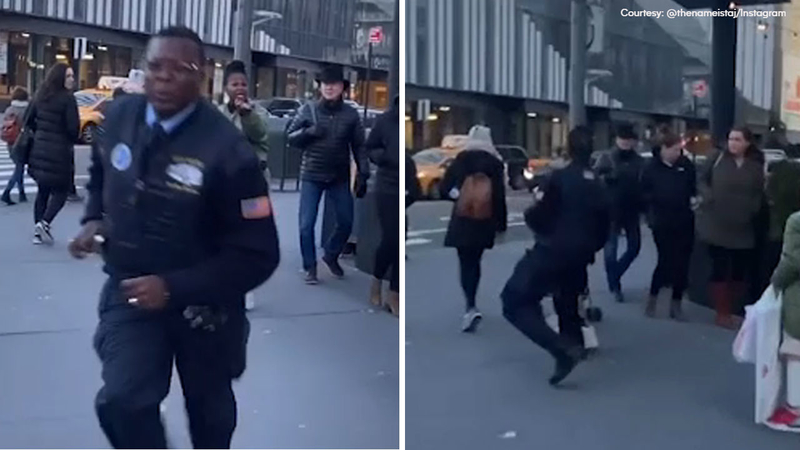 CLINTON HILL, Brooklyn (WABC) -- The MTA bus driver accused of spitting on a female passenger in Brooklyn Saturday says it was the passenger who kicked and spit on him first.

"Looking back, I wish I would have just stayed on the bus," MTA bus driver Olusedun Alale told Eyewitness News in an exclusive interview. "But at that point, I don't know what happened."

Alale, 51, said he admits he made a mistake spitting on Sapphire Philip, a mother of two.

The married father from Nigeria, however, said the cellphone video only tells part of the story, saying he too was assaulted.

On Saturday afternoon, Alale was driving the B25 when Philip got on with her two kids and a new stroller.

Phillip said she didn't know how to collapse it, and in one photo, she appeared to be sitting in the back blocking the rear exit.

Alale said he first made the announcement on the PA that all baby strollers had to be folded for other customers' safety. He said she didn't move.

Alale then called transit headquarters, and while on the line, he said she began assaulting him.

"She punched me multiple times in the head," he said. "She spat on my face and at that moment, I could not take it no more. I was confused, perplexed, shocked."

Philip got off the bus and that's when the driver went after her.

Police responded to the incident, but both declined to press charges. The driver said at that point Philip told the officers what she had done.

"I just regret getting in his face," she said. "I did get in his face. I regret doing that."

Alale insists it was much more than that.

There are no cameras on his bus, but Alale points out while he was talking with headquarters, it was an open line that should have recorded everything.