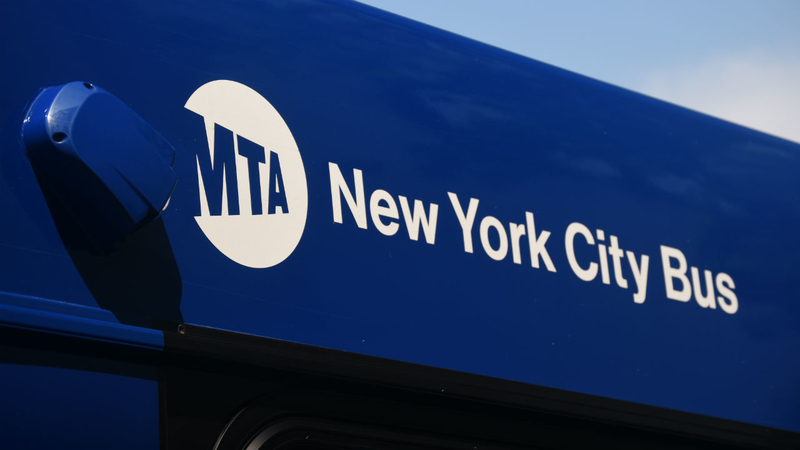 EAST FLATBUSH, Brooklyn (WABC) -- Police are looking for a passenger who struck an MTA bus driver in the head with a 2x4 wooden plank.

Authorities say the attack happened Tuesday morning on the B17 bus near Remsen and Clarkson avenues.

First the 57-year-old bus driver was spit on. Then when he came out from behind the partition and confronted the suspect, police say he was assaulted with the plank.

He lost consciousness and suffered a laceration.

An MTA spokesperson said, "It's reprehensible and unacceptable that anyone would attack a bus operator, one of the many heroes of this pandemic. We are cooperating fully with the NYPD investigation, and thoughts are with our colleague for a speedy recover."

The suspect ran away but was described as being in his 20s with short hair and was last seen wearing a multi-color coat.