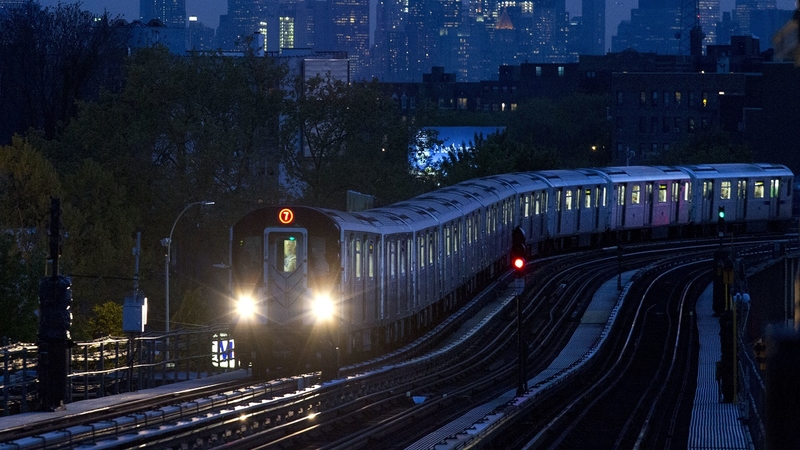 The plan was put together by urban planning experts at the nonprofit Regional Plan Association. It recommends ending overnight service during the week to make critical repairs to the system.

The RPA also says the responsibility of fixing the subway system should be passed on to a public benefit corporation focused on rebuilding the subways over the course of 15 years.

The MTA has said in the past that it will not shut down the subways overnight, but now says it is willing to consider it.

Other recommendations contained in the 382-page document include restructuring New York's Metropolitan Transportation Authority and the Port Authority of New York and New Jersey and creating a national park in New Jersey's Meadowlands to combat sea level rise.

Dedicating overnight hours on weeknights for repair and replacement work would help shorten the time frame to improve the problem-plagued subways, RPA President Tom Wright said this week. He noted a combination of expanded bus service and ride-hailing companies such as Uber and Lyft could make up the difference for the estimated 1.5 percent of riders who use the system during those hours.

"The era of 24-hour subway service has come to an end," Wright said.

The plan released Thursday is the fourth released by the RPA in its 95-year history. The first was issued in 1929 and the last in 1996.

The association doesn't have a direct input into policy decisions, but its recommendations often are forward-thinking. For example, the 1996 plan included recommendations for east side access for the Long Island Rail Road to Grand Central Terminal, a new rail tunnel under the Hudson River and congestion pricing for cars entering the city, ideas that "no politician supported" at the time but that since have entered the mainstream, Wright said.

The plan also recommends congestion pricing for cars entering the city and adding tolls on area highways to pay for infrastructure projects. It echoes a recommendation made last summer to build a new bus terminal in the basement of the Jacob K. Javits Convention Center on New York's west side, instead of building a new terminal near the current one at 42nd Street and Eighth Avenue as is currently under consideration.

The Meadowlands in northern New Jersey, home to MetLife Stadium and the future American Dream retail and entertainment complex, was inundated during 2012's Superstorm Sandy, which sent the Hackensack River flooding into towns north of the stadium.

An extensive park system would help maintain the area's wildlife and ecosystem as well as protect the area from sea level rise, according to the plan. Just one additional foot of sea rise could permanently flood Teterboro Airport by mid-century, Wright said.