Violent subway station mugging caught on camera in the Bronx 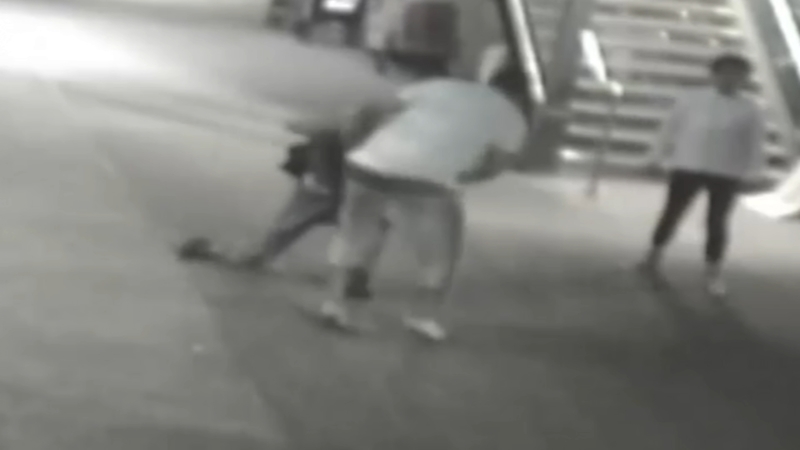 Investigators said around 4:40 a.m. Monday, a woman asked the victim for money. When he ignored her, a man followed him and started throwing punches.

The suspect punched him in the face numerous times before he dragged the victim down the stairs to the street.

Once on the street, both the man and woman punched the victim and attempted to remove his bag from around his shoulders.

The victim struggled against both suspects until a good Samaritan intervened.
Officers said the suspects got away with $20 from the victim's pants pocket.

The first suspect described as a dark-skinned male with a beard, last seen wearing a light-colored shirt, shorts and white socks.