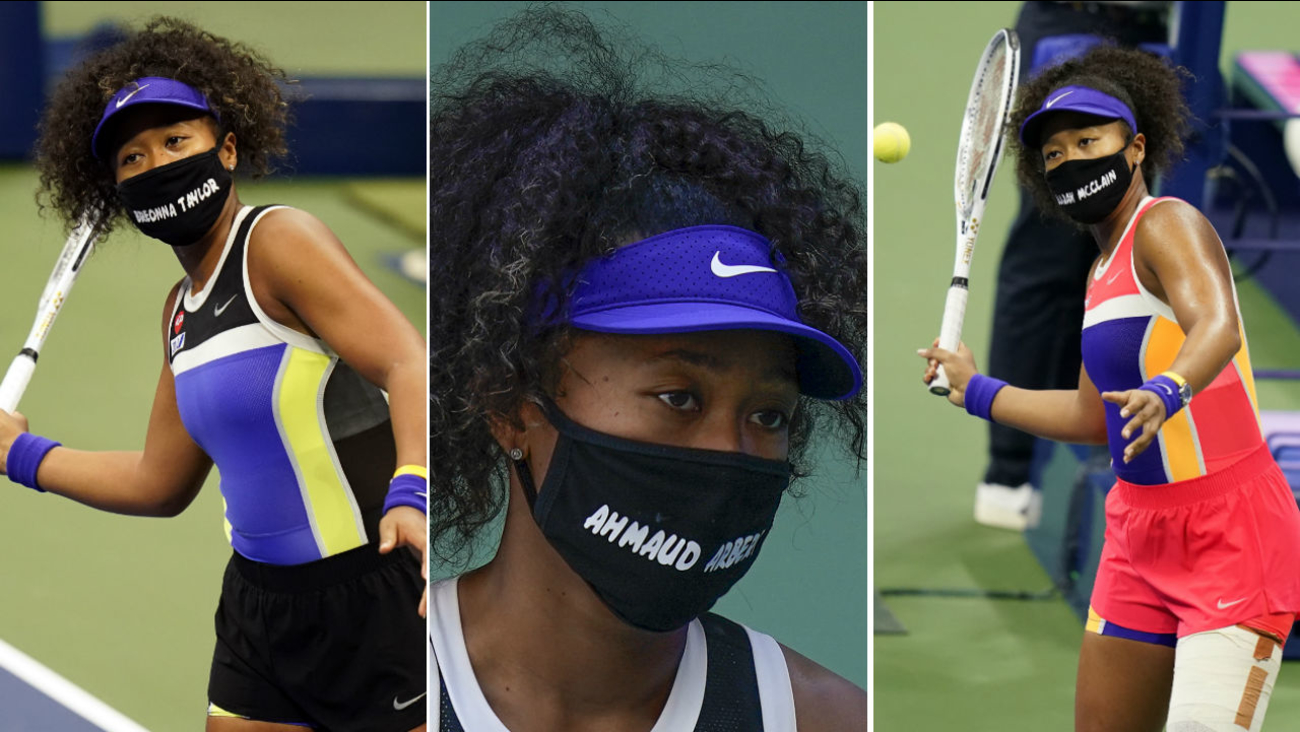 AP
FLUSHING, Queens -- Naomi Osaka has seven masks with names of Black people who were victims of racial injustice, and will wear a new one for each round she plays at the U.S. Open.

"None of these deaths had to happen," Osaka said. "For me, I just want everyone to know the names more."

The fourth-seeded Osaka has taken a leading role in her sport in advocating for racial justice. She prompted a one-day pause in play at the Western & Southern Open as a way of showing solidarity for the movement.

Osaka was hoping someone else would take the lead in tennis but decided to step up - even though she's more of a follower - and take a stand that has continued into the U.S. Open.

"For me, just spreading awareness," she said. "I feel like the more people know the story, then the more interesting or interested they'll become in it."

During the third round, Osaka spiked her racket after one errant forehand late in the second set at the U.S. Open, then flung it the length of the baseline after a missed backhand return ceded that tiebreaker.

Civil Rights activists are demanding the arrest of the driver who drove into Black Lives Matter protesters in Times Square.

Sometimes, that's the sort of reaction it takes to right things for Osaka. And, perhaps surprisingly, she needed whatever push she could get in Friday's third-round match.

Facing an opponent competing in just her second major tournament, two-time Grand Slam champion Osaka eventually figured out a way to turn a tight one into a runaway and beat 18-year-old Marta Kostyuk 6-3, 6-7 (4), 6-2 by claiming the final five games at Flushing Meadows.
"While I was playing, honestly, I was cursing myself out," Osaka said during an on-court interview, "so you wouldn't want to know what I was saying."

After taking things out on her racket, Osaka sat with a white towel draped over head during a changeover.

"It's what I do in times of extreme anger and frustration," she said.

Still, she improved to 7-0 since tennis resumed after a hiatus of more than five months because of the coronavirus pandemic.

Next up for Osaka will be big hitter Anett Kontaveit, an Estonian seeded 14th. She had a much easier time in a 6-3, 6-2 win over No. 24 Magda Linette.

In a brief video posted Saturday night on Twitter by his family's lawyer, Ben Crump, Blake says from his hospital bed that he's in constant pain from the shooting.