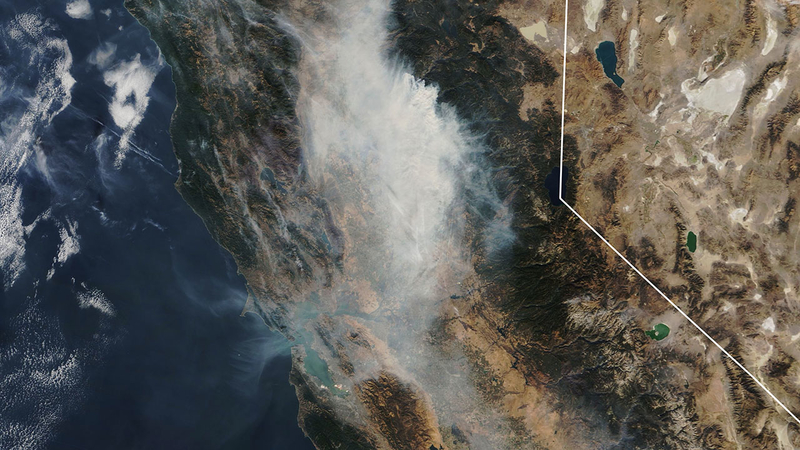 PARADISE, Calif. -- Satellite imagery from NASA shows how a massive plume of smoke from the devastating Camp Fire has spread across Northern California over the past week since the fire broke out.

NASA's Earth Observing System Data and Information System Worldview application archived daily satellite images showing the progression of the monstrous fire. Day by day, the plume of smoke can be seen growing and spreading out across a large portion of Northern California before blowing out to sea over the Pacific Ocean.

The smoke has caused serious health concerns in the San Francisco Bay Area, where air quality levels have plummeted to unhealthy levels around the city. The poor air quality caused some schools to close, and residents have been wearing particulate masks outdoors to protect themselves from the smoke.

The fire, both the state's deadliest and most destructive in recorded history, broke out on Thursday, Nov. 8. As of Nov. 15, the blaze had burned 140,000 acres, destroyed nearly 9,000 structures and been blamed for more than 50 deaths. Cal Fire reported the fire, which destroyed much of the city of Paradise, to be 40 percent contained.