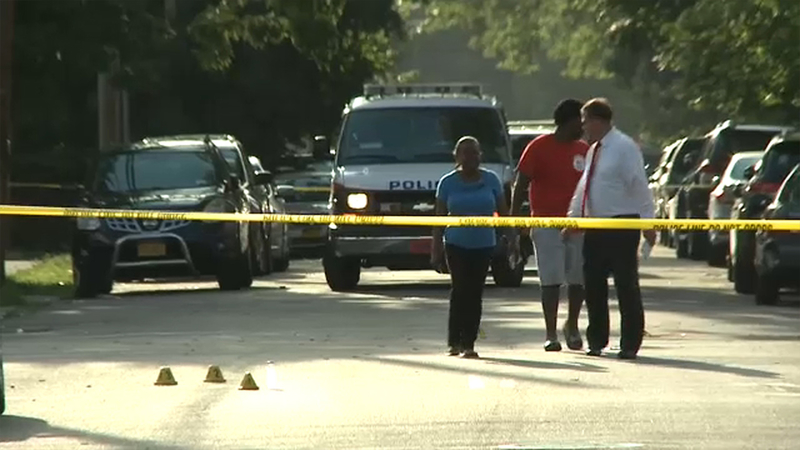 NEW CASSEL, Nassau County (WABC) -- A 16-year-old boy was fatally stabbed during a wild brawl that erupted at a house party on Long Island early Thursday.

Police say there were about 100 people at the home near Roman Avenue and Costar Street in New Cassel when the fight began around 1 a.m.

Authorities say the people had spilled out onto the street, and the fight broke out at the corner. Several shots were fired from a handgun, and then the teenager was stabbed.

He was rushed to an area hospital, where he died as a result of his injuries. He has been identified as Jordan Harris, of Uniondale.

A second person was also stabbed, and that victim was hospitalized in stable condition.

At this point, it does not appear anyone was hit by the gunfire.

Detectives request anyone with information regarding this crime to contact Nassau County Crime Stoppers at 1-800-244-TIPS.