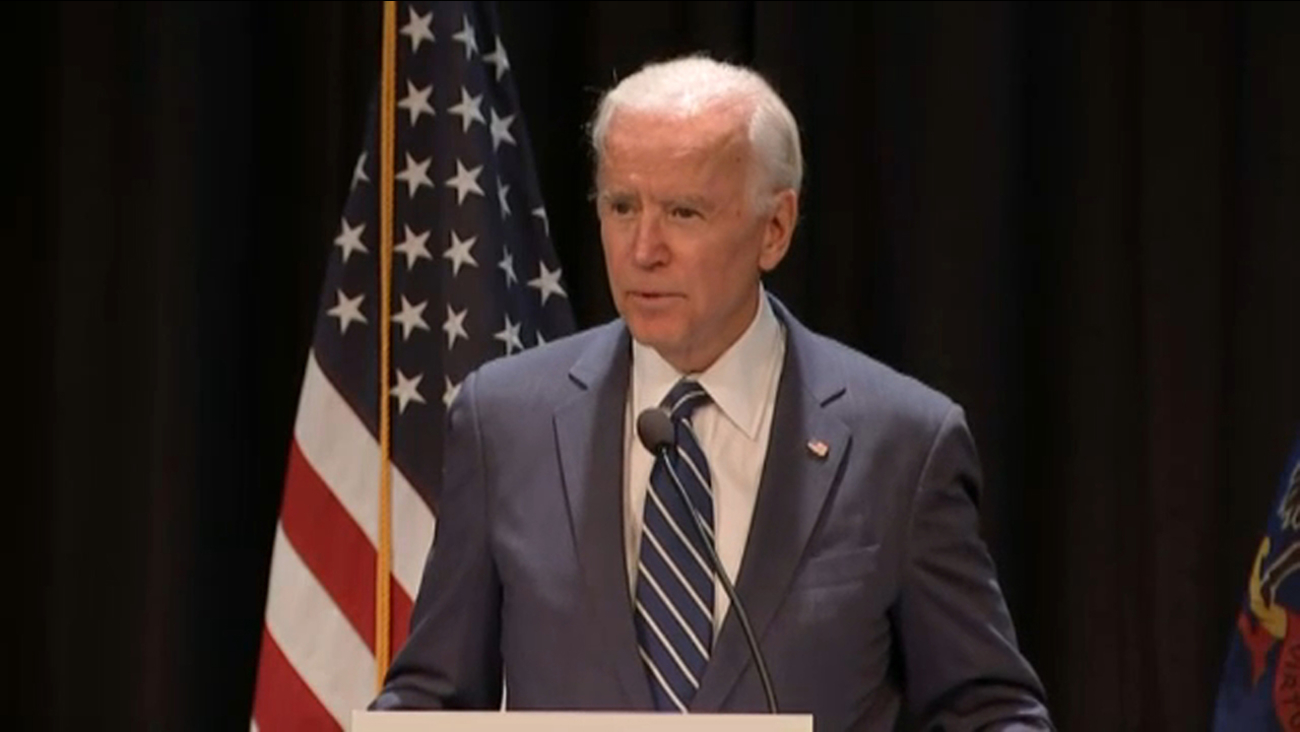 The original guidance, released in 2011 and updated in 2014, instructed universities to use a "preponderance of the evidence" standard when assessing and investigating a claim of sexual assault. Education Secretary Betsy DeVos' new interim guidelines let colleges choose between that standard and a "clear and convincing evidence" standard, which is harder to meet.

Biden, a Democrat who was behind domestic violence legislation as a senator in the 1990s, said DeVos considers the old guidelines "unfair to men." He said she and others are trying to confuse the issue.

"It's a civil proceeding," he said. "To say 'You were engaged in this behavior and the preponderance of evidence demonstrates it, and that's why you are being penalized in the following way.' They make it sound like what it's not - putting the violator in jail. Don't let them confuse you."

Biden called Weinstein's conduct "disgusting" and "immoral" and said, "It is my hope there are more consequences, that the statute hasn't run out. This man deserves more than to lose his company."

Rutgers said this week it won't return a $100,000 donation from Weinstein that's being used to help fund the Gloria Steinem Chair in Media, Culture, and Feminist Studies.

On Trump, Biden said, "I know our president talks about locker room talk," referring to the Republican president's explanation for derogatory comments he made about women during last year's campaign. "They didn't talk that way in my locker room," Biden said and noted, "usually the guy who starts that conversation is the ugliest SOB in the room."