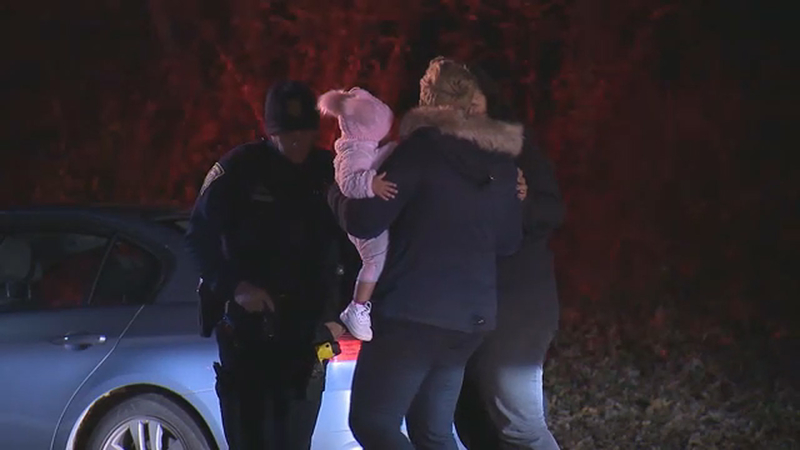 NEW HAVEN, Connecticut (WABC) -- Two young children were reunited with their mother in Connecticut after a car thief left them on the side of the road.

Police say the mom left the two children, a 9-month-old girl and her 5-year-old brother, in the car parked outside a school Wednesday night in New Haven while she went inside to get a third child.

Good Samaritan Kasandra Monteiro later found the children nearly four miles away huddled on the side of the road.

"I got out of the car and then went straight to them," she told ABC affiliate WTNH. "I was with my phone ready calling 911 saying that there's two kids on the side and asking them if they're OK and then brought them into the car."

She said the 9-month-old was still in her car seat and was being guarded by her big brother.

"He looked like a brave little boy," Monteiro told WTNH. "He was holding on to his sister like he was protecting her."

Police are still looking for the gray/black Mercedes 2015 SUV involved, and a male with a gray hoodie.

The children were taken to the hospital for evaluation but are said to be OK.

New Haven police and the Department of Children and Families are investigating.