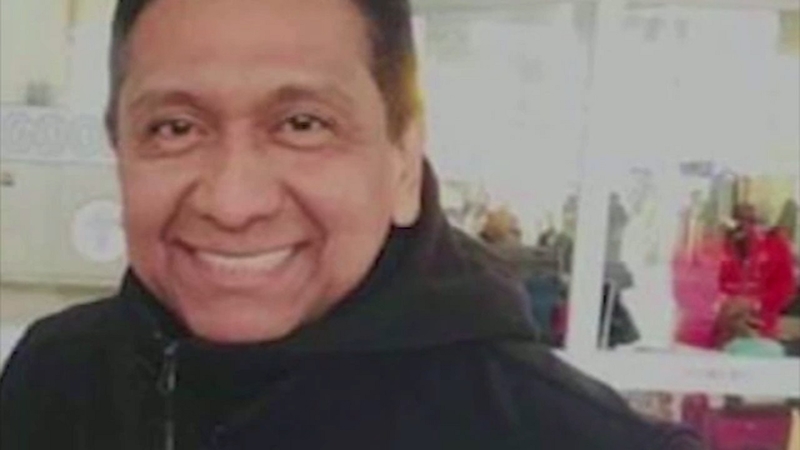 JERSEY CITY, New Jersey (WABC) -- Even though he was wounded, authorities say Douglas Miguel Rodriguez saved another man's life when shooters came into the kosher store in Jersey City where he worked.

On Saturday, there was an emotional goodbye for Rodriguez, who was one of the four people killed in the Jersey City shootout this past week.

Rodriguez was from Ecuador - he was the breadwinner, working inside the kosher store on Tuesday when two suspects opened fire, killing the 49-year-old and two others in the shop, however not before he was able to help another man escape.

"Seeing courageous acts like that, especially regular citizens, it makes me proud to serve this country," said Alyza Rodriguez.

It was chaos on Tuesday after police say a man and a woman killed Detective Joseph Seals at a cemetery and then went on a rampage, targeting the kosher store. In total, there were six dead, including the suspects.

Grewal is now helping the FBI with the investigation, calling it a hate crime.

Earlier this week, Martha Friere Rodriguez spoke through tears, saying, "My husband was a good husband and a good father."

As his family prepares to say their final goodbyes, they are also working on taking Rodriguez's body back to his home country of Ecuador, as that was his wish.