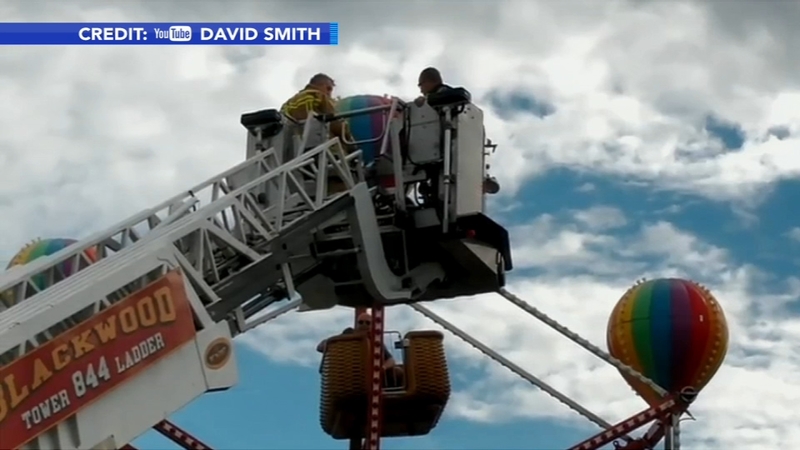 BLACKWOOD, N.J. -- Authorities say seven people had to be rescued after getting stuck on a Ferris wheel at a New Jersey county fair Saturday afternoon.

It occurred before 3 p.m. at the Camden County Fair in Blackwood.

The victims were removed safely, and no one was injured.

Gloucester Township police say they were called to assist the fire department after the malfunction was reported.

Police say the occupied seats were at various heights, with one at the top "approximately 40 feet off the ground." The Blackwood Fire Company told NJ.com that about six of the riders were children.

Fire crews used a tower ladder to rescue them. Police said all remained calm and were in good spirits.

Officials say the ride had been inspected earlier in the day. The owner is now making repair arrangements.

Police earlier tweeted out that the riders "will have a great story to tell later."