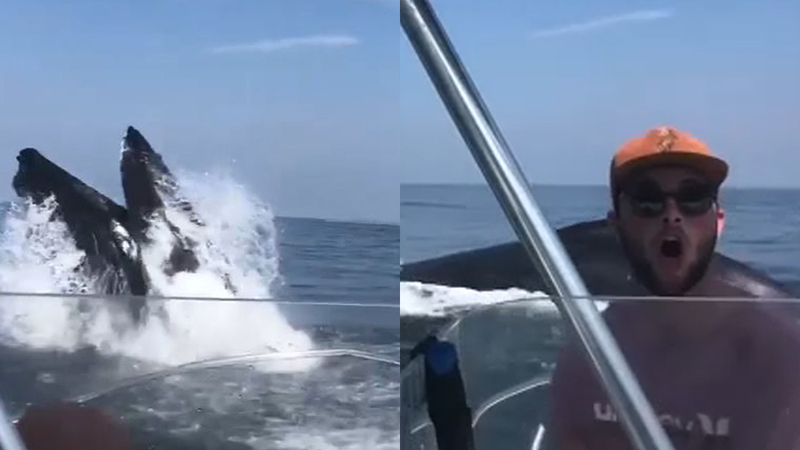 SEA ISLE CITY, New Jersey -- A Pennsylvania man and his son captured quite a sight off the coast of South Jersey last week.

Mark Bevevino of Malvern and his son Frank were out fishing off the coast of Sea Isle City, New Jersey when they noticed some movement in the water.

It was around 10:30 a.m. on September 12 when Bevevino says they came across a large bait of bunker in the water.

"We were catching bunker and we thought we heard a whale come to the surface and saw some movement in the water. I started filming while my son was taking a fish off the hook," Bevevino told sister station WPVI in Philadelphia.

That's when video captured the whale pop up out of the water leaving both of the men in awe.

"It was just luck I caught it on my iPhone. I was hoping just to see him come up for air in the distance," said Bevevino.