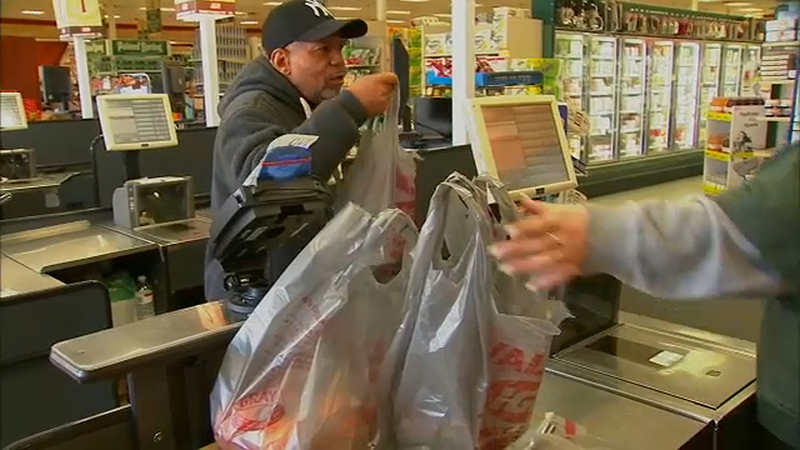 The Democrat-led Senate Budget Committee passed the measure after it was amended behind closed doors. The bill's sponsors call it "landmark" legislation, and environmental groups say if the bill is enacted it would be among the most expansive in the country.

Supporters say the bill will go a long way to remove toxic plastics clogging waterways. It will also remove exposure to plastics that could leach into the bloodstream through foam plastic food containers, they argue.

"What we are doing is the strongest plastics legislation in the United States of America," said Democratic state Sen. Bob Smith, who sponsored the bill.

Eight states have banned plastic bags, according to the National Conference of State Legislatures. Maine and Maryland have also passed bills banning Styrofoam. Hawaii has a de facto ban on paper bags with less than 40% recycled material, according to the conference.

Opponents included plastics manufacturers, business and industry groups as well as some supermarkets.

Republican Mayor Tony Perry of Middletown said the Styrofoam ban could threaten jobs at a foam plastics recycling center operating there and argued for lawmakers to drop the ban. Though Smith disputed that Styrofoam that has been touched by food could be recycled and said most recycled plastic foam is so-called "clean" Styrofoam.

Dennis Hart, the executive director of the Chemistry Council of New Jersey, which represents plastics manufacturers, said doing away with Styrofoam would cost millions of dollars for school districts. He criticized the bill for leaving wax-coated paper cups with plastic lids common at cafes untouched, while prohibiting polystyrene - commonly known as Styrofoam.

"It's just substituting one piece of litter for another," he said.

Smith said the legislation has exceptions for produce, raw meat and pharmacy bags.

Banning plastics gained some steam last summer when Starbucks announced it would begin to ban plastic straws in fewer than two years, and Kroger Co., the nation's largest grocery chain, said it is phasing out plastic bags.