Car crashes through front of Cluck U restaurant in Red Bank 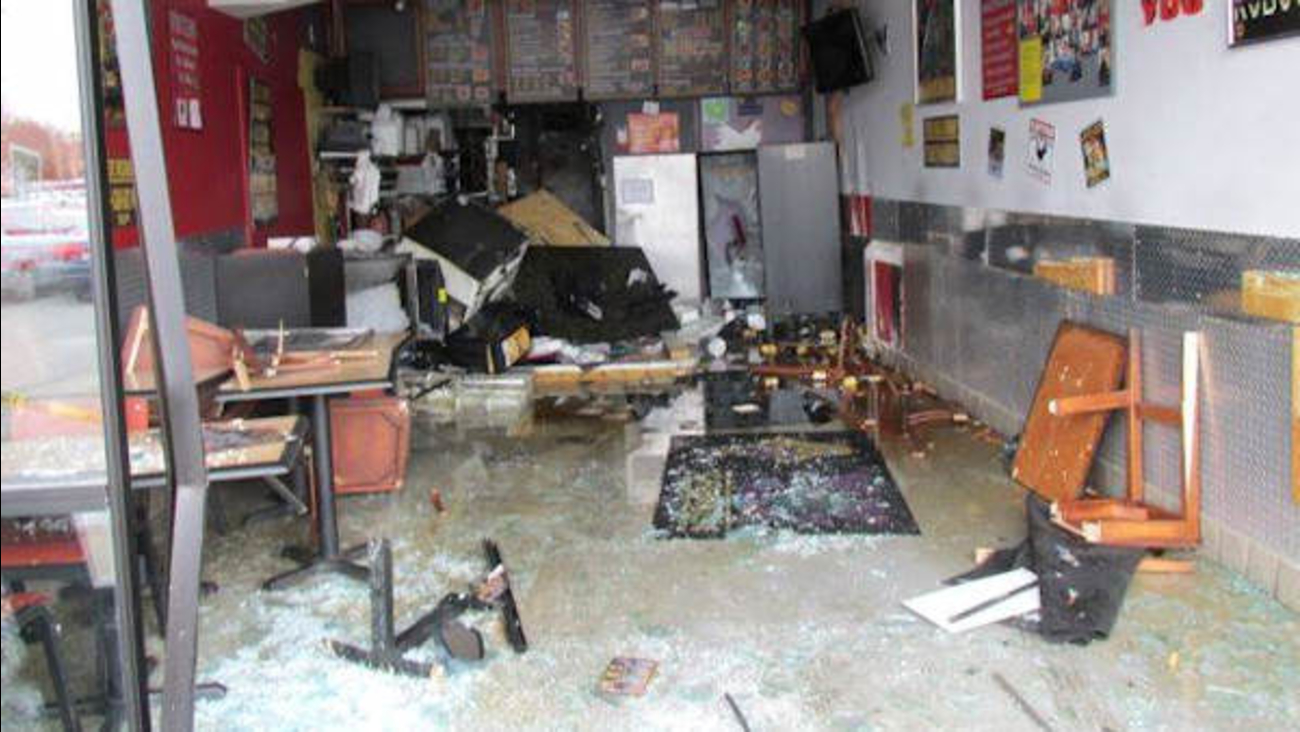 Police say a vehicle driven by 71-year old Liv Wilson of Red Bank slammed through the front of a Cluck U Chicken on Water Street in Red Bank just before noon.

A patron of the store, Michael Mikucki, 37, of West Babylon received a minor leg injury but refused treatment at the scene.

The building is being checked for structural damage and will remain closed until repairs can be made.

There was extensive damage to the facade and interior of the building.

Red Bank police are investigating the crash and say no summonses have been issued at this time.

On February 20, 2009, a car crashed into the exact same Cluck U. In that incident, the 22-year-old driver sustained a non life-threatening injury.

Last October, a car crashed into Jersey Mike's Subs a few doors down.