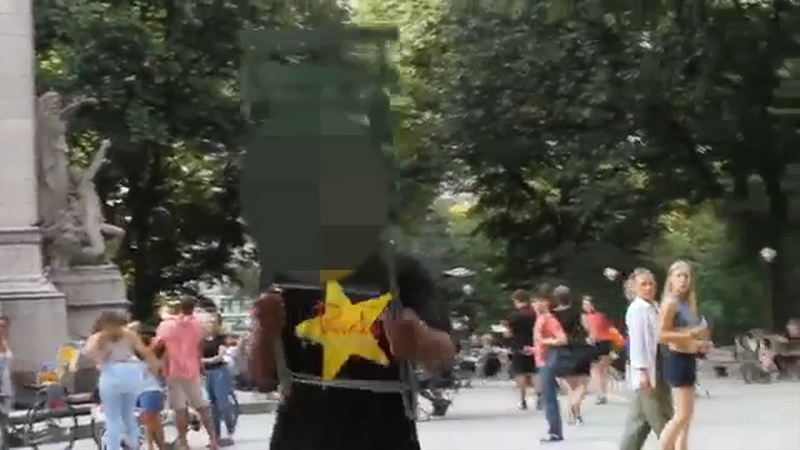 It is a scene straight out of a cage fight, but it is what's been playing out lately by Columbus Circle.

The cell phone video was taken by bike rental employees of Bike Rent NYC, the only licensed bicycle rental vendor at Central Park.

She says the behavior is rampant.

On any given day they can be seen swarming by the park's southern entrance.

When Eyewitness News tried to ask them where they're sending tourists to rent bikes, some avoided us and gave us the 1 finger salute. Others were defensive.

"I myself personally was almost stabbed by a glass broken bottle," says Mark Derho, who runs Bike Rent NYC.

He says the NYPD has been involved, has separated fights, and issued summonses.

But he says police alone are not enough.

What he really wants is to stop unlicensed vendors from interfering with his business.

Here's the problem - when it comes to cracking down on illegal bike vendors.

They're not supposed to be soliciting in the park, so cops have to catch them in the act of making a sale.

So these guys instead direct tourists to an off-site location, which means there's a grey area here.

Standing out in the park just talking to people is free speech and there's not much police can do about that.

"We share twenty percent of our revenue with the city so they're stealing from tax payers like you and me. It's not fair. We estimate losing between 1.5 and 2 million dollars this year alone just to illegal bike vendors," Derho says.