Woman speaks out after man indecently exposed himself outside her building 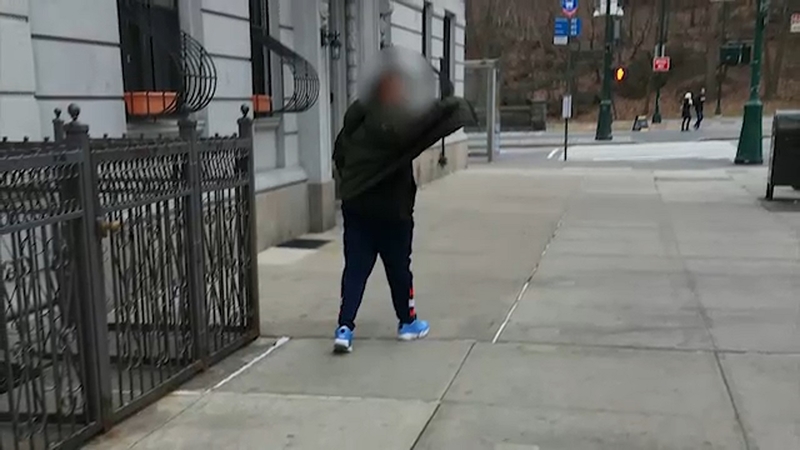 Woman speaks out after man indecently exposed himself outside her building

NEW YORK (WABC) -- A woman is speaking out after she says a man indecently exposed himself to her right outside of her building.

It happened Tuesday in broad daylight as Theresa Bailey was leaving the entrance heading out for a run in Central Park.

"He was so calm about it, there was no shame," she said.

As she was leaving, she came across a man trying to get into the building. She knew he didn't belong there. Then out of nowhere, she says he pulled down his pants.

Bailey said she was not going to let this guy get away with it.

"I was shocked, I was concerned, I was afraid," she said.

She pulled out her phone and started taking pictures of the man. As she was doing, that, he was walking into Central Park, and remembered the police stand nearby.

The officers tried to chase the guy down, then he got away, leaving the neighborhood on edge.

Bailey is speaking out because she says it's wrong, and she wants him to get caught.