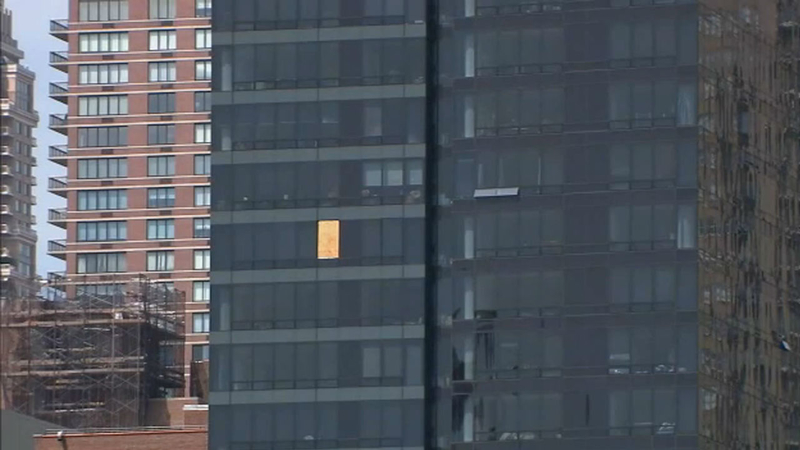 Mystery gunman shooting at UES building from across river

ROOSEVELT ISLAND, New York City (WABC) -- A mystery gunman is apparently taking aim at a luxury apartment building on the Upper East Side, firing shots from across the East River from Roosevelt Island.

Tenants say they are terrified after bullets pierced glass windows at apartments inside One East River Place, a 50-unit high-rise located at 525 East 72nd Street, on two separate occasions.

The first incident happened sometime overnight Thursday, with a resident on the 14th floor waking up to find a living room of shattered glass.

Less than 24 hours later, an apartment on the 32nd floor was then hit early Saturday.

No one was hurt, but tenants were inside both apartments sleeping at the time.

NYPD detectives are investigating at 30 River Road on Roosevelt Island, where they believe the shots were fired.

The were tipped off to the location after workers at that building reportedly heard gunfire and called 911 around the same time as the Saturday incident.