What NYC students are saying about first 'Vegan Friday' lunches 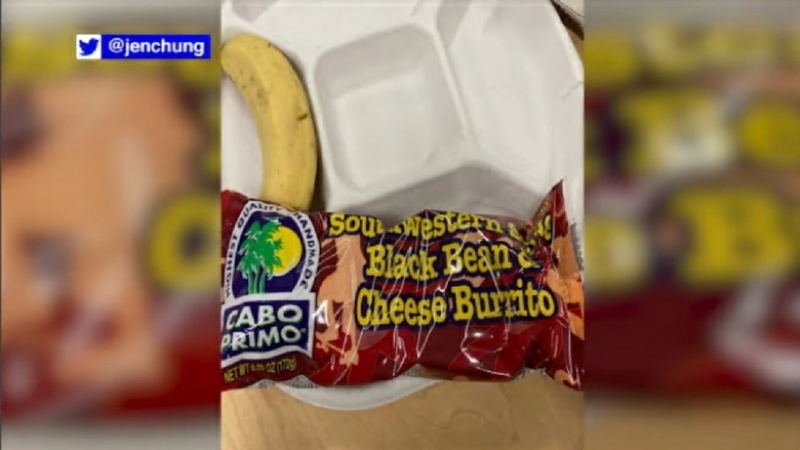 Kids got their first taste of the new vegan meals. Mayor Adams said the kids loved it, but others are saying not so much.

Black beans, tomato, and corn were one of two options for the very first Vegan Friday across New York City schools. The other option was a burrito.

"I was thinking - oh, well it's a burrito," said 6th grader Katie Wilkins, "It was a very interesting burrito that was smooshed down kinda compressed a little."

The other thing the 12-year-old from Manhattan noticed? It wasn't even vegan.

"It said cheese on it, so I was thinking vegan cheese, right? So I was looking at the ingredients on the back - wheat, soy, and milk. Not soy milk, but soy comma milk, which makes me think there was lactose in it, therefore it is not vegan because it's milk," said Wilkins.

Mayor Adams meanwhile tweeted, "the reviews are in! The kids at PS130 are loving the very first Vegan Friday lunch menu. When our kids are healthy, they're happy and they're hungry to learn."

State Senator Jessica Ramos visited schools in her Queens district on Friday and says it is important to also remember for many students, the school lunch is sometimes the child's only meal of the day.

"We want to make sure our kids are getting the protein they need for their brain development at such a critical age," said Ramos.

As for Wilkins, she doesn't expect much from a school lunch, and she is eager to see what the next Vegan Friday has to offer - but she has one special request.

"I'm not opposed to vegan food, but maybe try to make it vegan," she said.

The DOE says that with 'Vegan Fridays,' vegetarian options are still available. A spokesperson says there is room for improvement, and that they will continue to get feedback to the new menu.