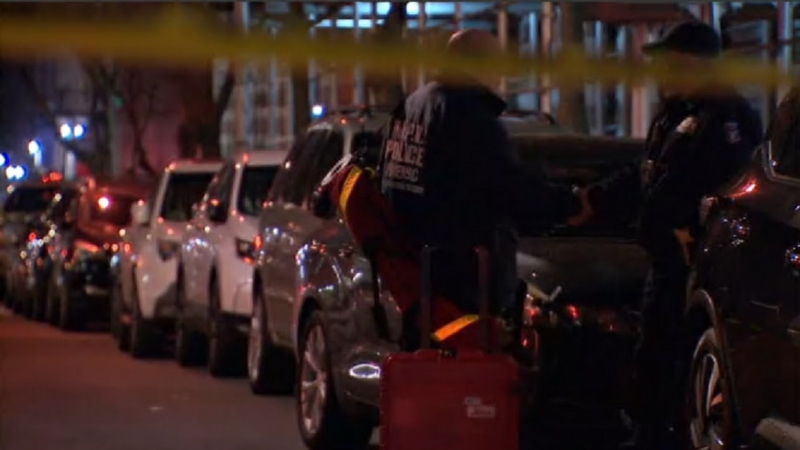 NEW YORK CITY (WABC) -- It has been a violent start to 2022 - first with five NYPD officers shot in various incidents.

One of those officers was fatally shot in Harlem on Friday with an illegal gun from out of state.

New York City Mayor Eric Adams makes an emotional address at the prayer vigil for the NYPD officers who were shot in Harlem Friday night.

"You carry a gun in our city, there is no apology to you," said Adams.

Adams has a big problem to solve, as shootings in the city are up 16 percent since January 1st. A Burger King employee was shot dead during a robbery in Harlem. In the Bronx, a one-year-old girl in the back seat of a parked car was shot in the face by a gunman in a dispute on the street.

"We are in the middle of a crisis with guns," said Manhattan District Attorney Alvin Bragg.

The issue is the lack of gun control.

"We're going to roll out a smart way of policing - put in place again, a modified version of a plainclothes anti-gun unit that is going to go after those known shooters," said Mayor Adams.

Adams says for the plan to work, he needs support from higher up. He is now getting backup from the state. On Sunday, Governor Kathy Hochul announced a partnership with the city and NYPD to form the new interstate task force on illegal guns that will bring law enforcement officials from nine states together to tackle the urgent issue on illegal guns that has now become a pandemic of its own in New York City.