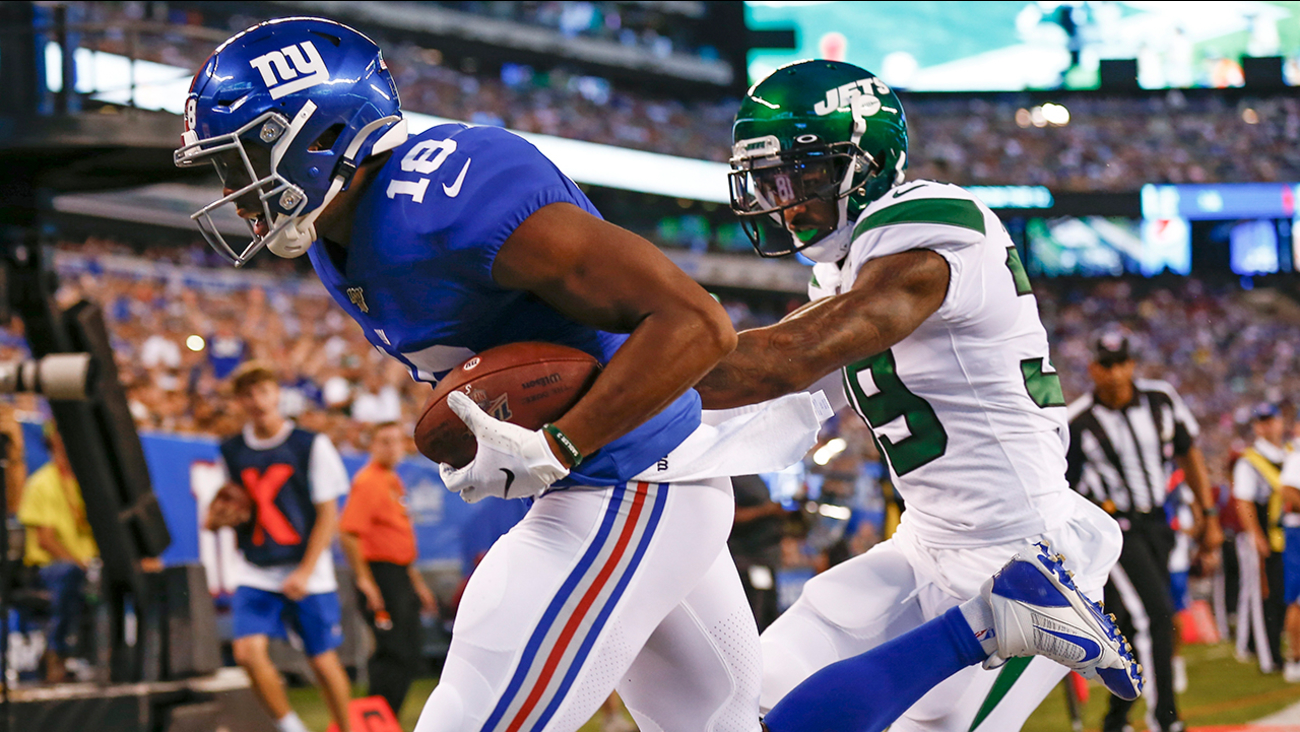 EAST RUTHERFORD, New Jersey -- Daniel Jones threw a touchdown pass in his only series and opened speculation on how long he will have to wait to replace Eli Manning in the Giants' 31-22 victory over the local rival Jets on Thursday night.

The preseason opener for both teams was suspended for 59 minutes late in the first quarter when lightning and heavy rain rolled into the MetLife Stadium area.

By that time, Jones had Giants fans on their feet. Taking over after Manning had a three-and-out series, the sixth pick overall in the draft hit all five of his passes, the final one a perfect 12-yard throw to Bennie Fowler III in the right corner of the end zone.

Sam Darnold and the Jets had looked just as good on their opening series for new coach Adam Gase, going 75 yards in seven plays against a defense that many think is the Giants' weak link. Darnold hit passes of 32 and 28 yards before finding Jamison Crowder from 3 yards.

Eli McGuire caught a 7-yard pass from Trevor Siemian and Luke Falk threw a 2 yarder to Greg Dortch for the Jets' other touchdowns. Chandler Catanzaro, who missed two extra points, hit a 34-yard field goal for the Jets, who were 4-12 under Todd Bowles.