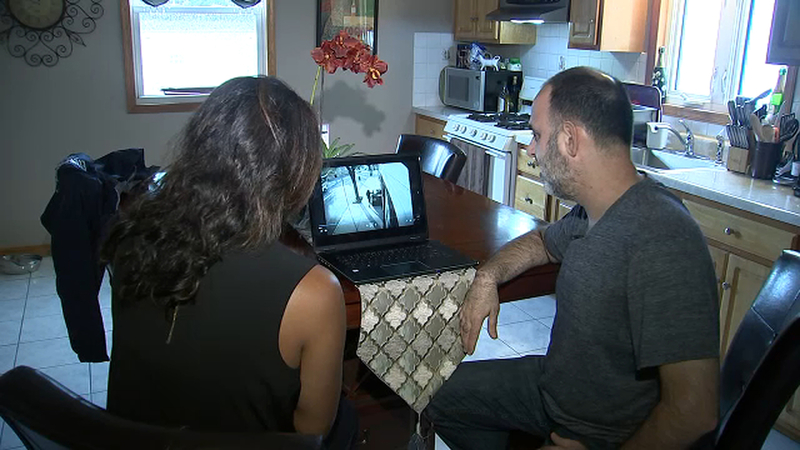 NEWARK, New Jersey (WABC) -- Raul Inguanzo protects his home and property in Newark with multiple cameras. Almost a year ago, on October 6th, 2017, when he never received a package which was tracking "delivered" to his address, he went to the videotape.

If using the app, click here to send us a news tip
Report a correction or typo
Related topics:
personal finance7 on your sidepostal servicemailman
Copyright © 2022 WABC-TV. All Rights Reserved.
7 ON YOUR SIDE
Restaurant loses weekend of business over untimely gas inspection
Tips winterize your home and keep gas, electric bills low
How to get reimbursed for at-home COVID tests
7 On Your Side: Tips for ordering your free at-home COVID tests
TOP STORIES
Winter Storm Update: Nor'easter hits the NYC area
How much snow in NYC, Tri-State area
NY battered by high winds, blanketed in heavy snow from nor'easter
Winter nor'easter: LIRR suspended, other mass transit info
'This is a big one': Murphy declares NJ state of emergency
Winter hurricane? What is a 'bomb cyclone' or 'bombogenesis'?
Parts of Connecticut could get 2 feet of snow, Gov. Lamont warns
Show More
Share weather photos and videos here
AccuWeather Alert: Heavy snow, wind
Joni Mitchell joining Neil Young in protest over Spotify
'I can't believe I'm alive': Man shoved onto subway tracks speaks out
3 arrested in shooting death of innocent honor student in New Jersey
More TOP STORIES News
Send us your questions, issues, and story ideas to Nina by filling out the form above, by emailing 7OnYourSideNina@abc.com, or contact Nina on her Facebook page or tweet her at Twitter @7OnYourSideNY! You can also call the 7 On Your Side Hotline at 917-260-7697.