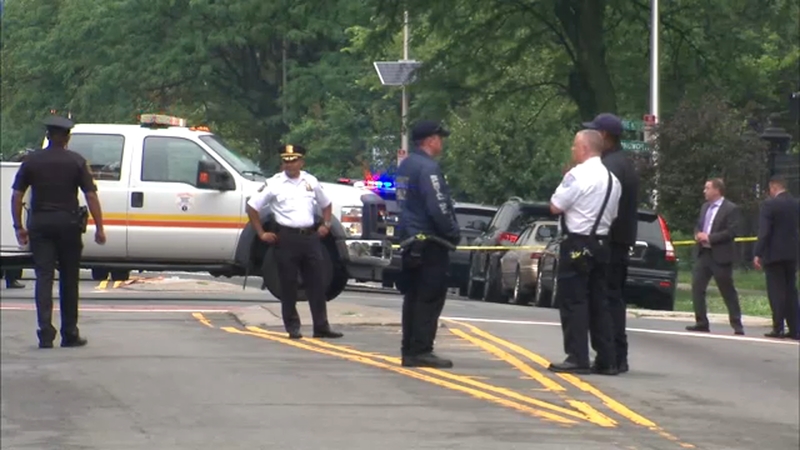 The gunfire broke out at about 4 p.m. in the downtown area.

One man was killed, while the two other victims, both women, are hospitalized in stable condition.

A short time later, four men were shot on South Orange Avenue. None of their injuries appear to be life-threatening, police say.

Witnesses in the area reported hearing 13-14 gunshots and saw people running for cover.

It is not yet clear whether the shootings are related.

But police were quick to assure residents they do not believe these were random shootings.

"There was a car at both locations, a vehicle fitting that description was found by the sheriff's department with an occupant," said Newark Public Safety Director Anthony Ambrose. "So right now that's being investigated. But this is not a random act where somebody drove down the street."

The Essex County Prosecutor's Office and Newark police responded to the scene, and the area was closed off for the investigation.

Police also say that the man who was killed had been shot about three weeks ago in Newark. There have been no arrests in that case.