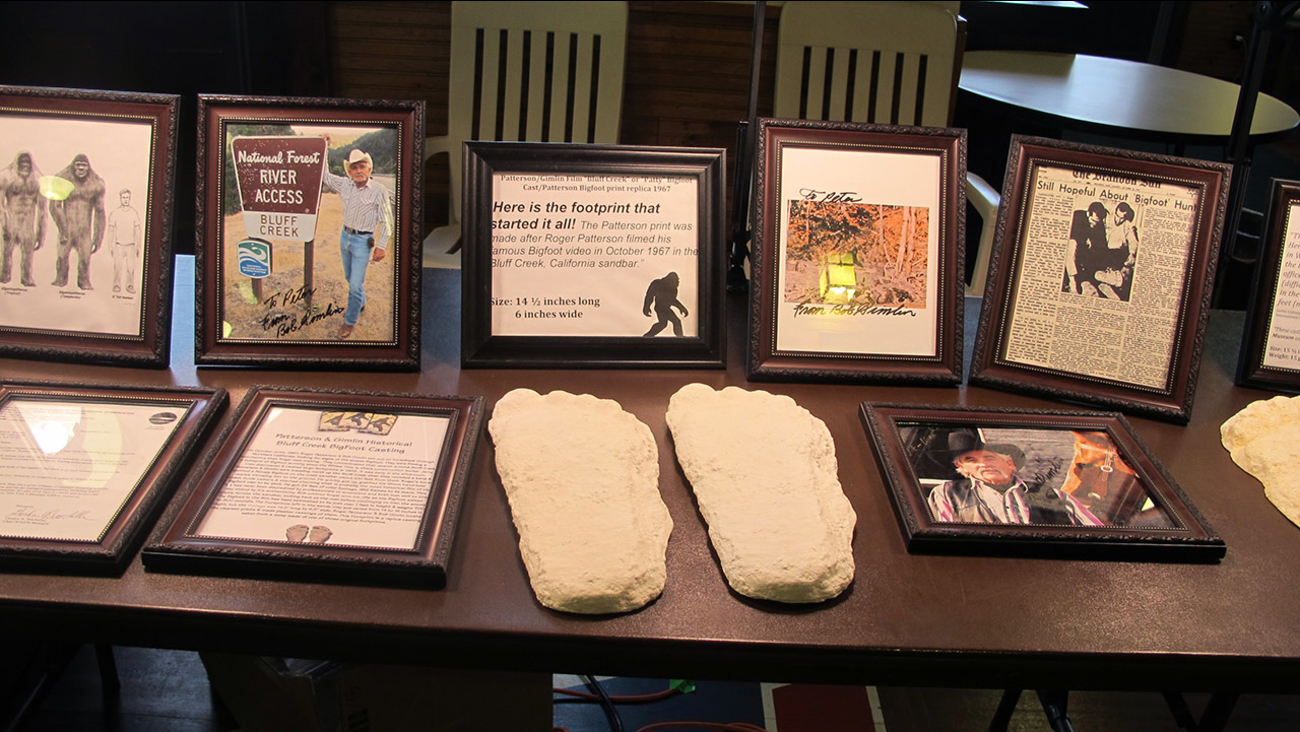 CHAUTAUQUA, NY -- Bigfoot believers gathered Saturday in western New York, convinced the legendary Sasquatch has left its footprints all over the region.

Organizer Peter Wiemer knows it may not be the first topic that comes to mind in the rural county, best known for the Chautauqua Institution, a summer retreat devoted to scholarly and artistic pursuits.

"You say Bigfoot in a room full of people and watch everyone stop and look to see who's talking," he said with a laugh.

And while he may have started the event as a way to draw people to the tourist-dependent region and his family's rental cottages, he said he has since met dozens of people who are certain they've seen one of the ape-like creatures in the area, far from the oft-cited Pacific Northwest.

Wiemer is now enough of a devotee that he's tried to get New York state to put Sasquatch on its list of endangered species, alongside the mud turtle, the golden eagle and the cougar.

The Department of Environmental Conservation isn't convinced. Its 2012 response in part: "This mythical animal does not exist in nature or otherwise. ... No program or action in relation to mythical animals is warranted."

Don't tell that to Julia Karanasky, who was afraid she had a peeping Tom when she became aware of a large figure clearing his throat outside her bedroom window on her second night in her Niagara Falls home in 2009. Then she heard the stories of regular Bigfoot sightings on the nearby Tuscarora Indian Reservation.

"I keep telling people, 'I think he came to my house that night,'" said Karanasky, who sat in the front row for the expo's lectures.

Speakers included Steve Kulls, an Adirondacks-based Sasquatch detective who debunks Bigfoot hoaxes while seeking out credible reports, and Ken Gerhard, a cryptozoologist in pursuit of evidence of mystery creatures including the Loch Ness Monster, the chupacabra and werewolves.

Dave Wargo said that years ago he smelled the pungent beast before he saw it standing on railroad tracks near the Allegheny National Forest in Pennsylvania.

"People make fun of you," said Wargo, who has appeared on Animal Planet's "Finding Bigfoot" series. "But I know what I saw."

Yeti, Sasquatch, Ape-Man, Bigfoot. No matter the name, sightings have been reported in virtually every state, with more than 100 listed in New York and more than 250 in neighboring Ohio. Washington state leads, with more than 600 reports, according to the Bigfoot Field Researchers Association.

Numerous conferences like Saturday's take place around the country each year.