WABC
By Anthony Johnson
NEWARK, New Jersey (WABC) -- A corroded circuit box caused the electrocution of an 11-year-old girl in a freak accident in the bay over the weekend.

The girl and two friends were riding in a raft when it suddenly came into contact with a part of an electrified boat lift that had been dormant for years, or so the owners thought.

The girl is from Newark, New Jersey.

Rescuers performed CPR, and EMS attempted to use an external defibrillator to bring Kayla back, but they were unsuccessful, and the 11-year-old died.

Now the focus is on a piece of equipment under the dock not used for years.

"The people that live there now don't have a boat, never used it, and apparently there was no opportunity for them to say it doesn't work right," said Thomas Kelaher, Toms River Mayor.

Meanwhile at the girl's school, parents received notification Monday afternoon, telling them to talk to their kids about the tragedy at the end of the school year.

"Nobody ever imagined there's electricity in the water, inside the water in the lake," said Ed Silva, a parent.

According to The Electric Shock Drowning Prevention Association, it only takes 1/50th the current to be fatal to a person in water.

They offer these precautions:

- Don't jump in to save a possible victim. Instead turn off the power, throw in a life preserver.
- Install a green light device to alert people to electricity in the water.

Meanwhile at the river, the mayor is encouraging all residents to get their boats, pulls, and docks inspected by a qualified electrician.
Report a correction or typo
Related topics:
toms rivernewarkelectrocutionchild death
Copyright © 2020 WABC-TV. All Rights Reserved.
RELATED 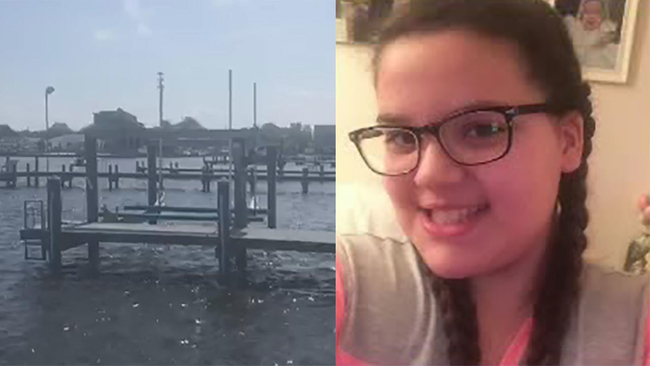