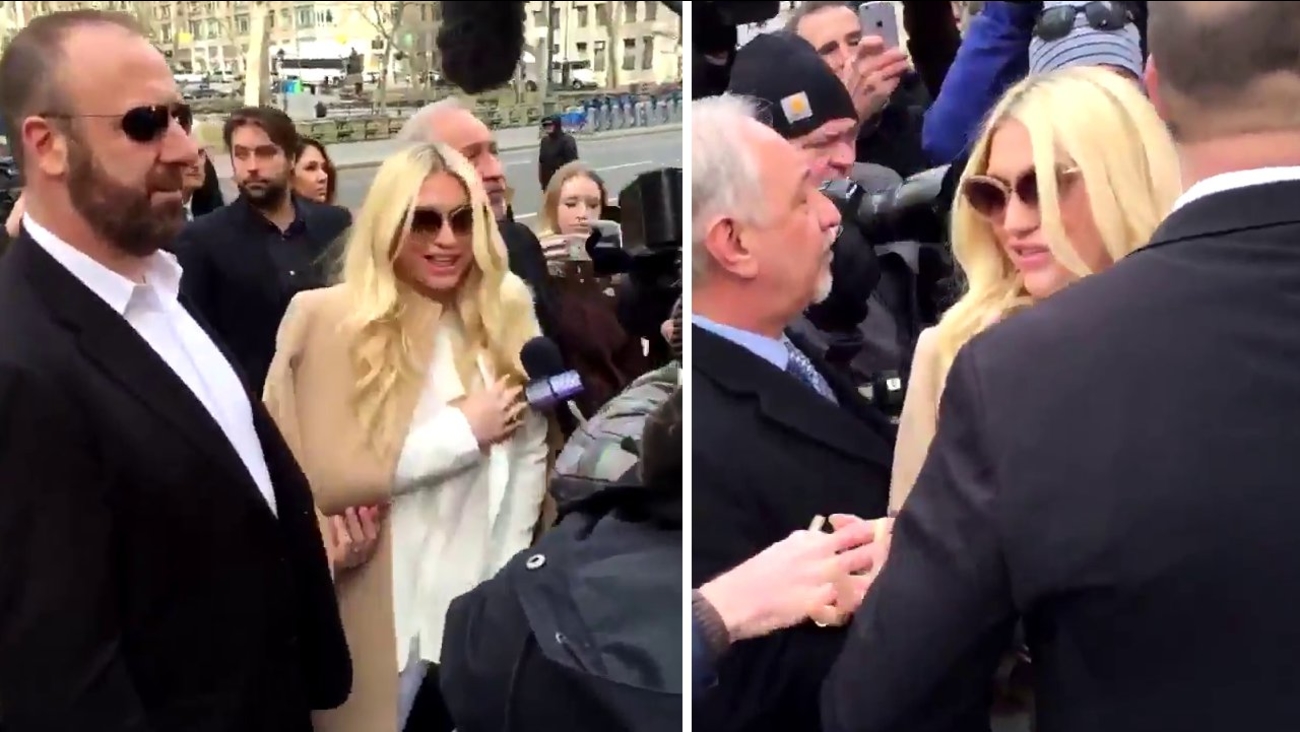 LOWER MANHATTAN, New York (WABC) -- A judge in Lower Manhattan quickly ruled Friday that recording artist Kesha is stuck with her Sony recording contract, even though she alleges her producer sexually assaulted her.

The singer, whose full name is Kesha Rose Sebert, filed for a preliminary injunction to allow her to record outside the control of her producer, Dr. Lukasz "Luke" Gottwald.

She alleges Dr. Luke drugged and raped her a decade ago and has committed ongoing abuse.

But Dr. Luke claimed he has invested $60 million in her career and that he agreed to allow her to record without his involvement.

That was all the judge had to hear. He told Kesha's attorney, Mark Geragos, that "decimates your argument."

"You're asking the court to decimate a contract that was heavily negotiated and typical for the industry," Supreme Court Justice Shirley Kornreichsaid said. "My instinct is to do the commercially reasonable thing."

"She's being given the opportunity to record, she can record," Judge Kornreich said. "She does not have to have any interface at all with Mr. Gottwald in recording or producing."

Dr. Luke had claimed that Kesha was attempting to extort him to get out of her contract with Luke's Kemosabe Records label, housed under Sony. He denies the sexual abuse, and claims she is frustrated by her stalled career.

And the social media response from those fans after the ruling was merciless.

I vow to never buy a Sony product/music again. I will not support a brand that supports rape #FreeKesha #SonySupportsRape