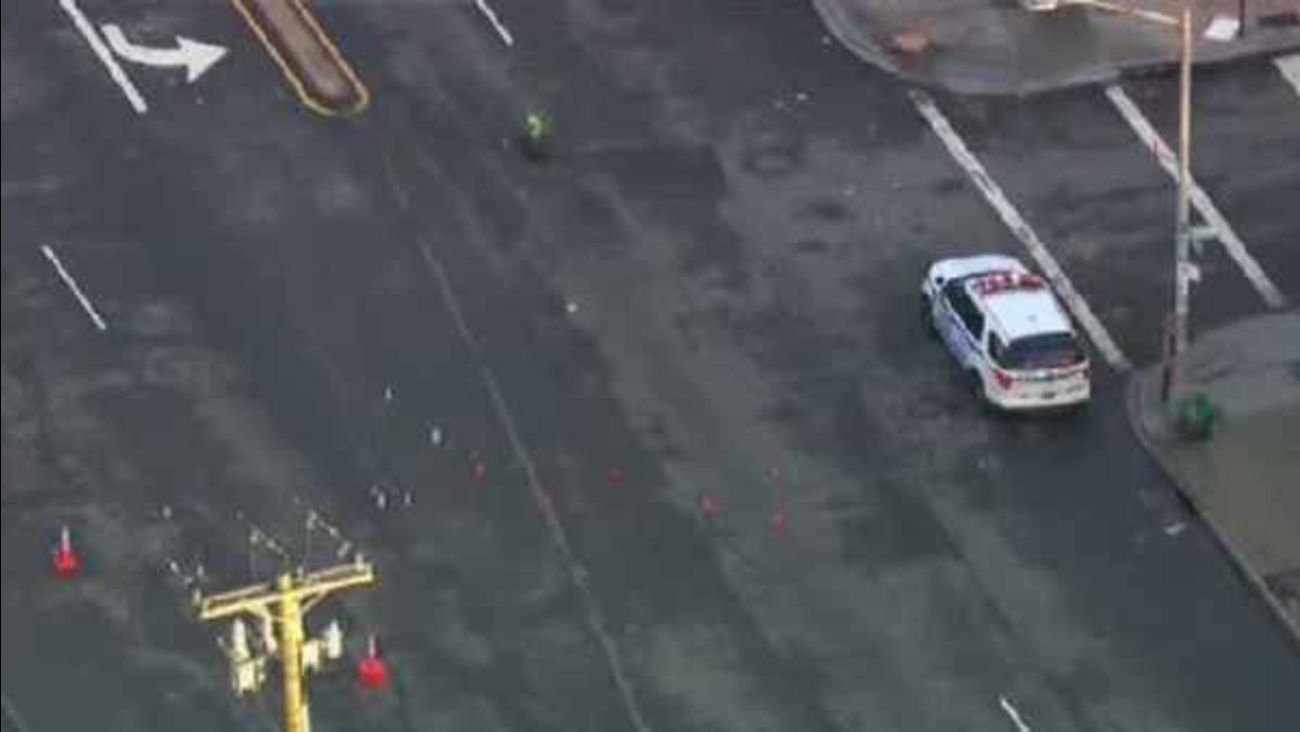 SPRINGFIELD GARDENS, Queens (WABC) -- Two men were shot, one fatally, when a gunman in a vehicle opened fire on Merrick Boulevard in Queens.

Police said the gunman, a passenger in a black Nissan Altima, jumped out of the vehicle and fired multiple shots just before 4 a.m. in the Springfield Gardens section.

His apparent intended target, a 23-year-old man from Brooklyn, was shot in the torso and pronounced dead at Jamaica Hospital, according to the New York City Police Department.

Another 23-year-old man, who was putting flyers on cars across the street, was struck in the lower left leg. He is not believed to be the intended target.

At least 17 .40 caliber shell casings littered Merrick Boulevard. The road was closed for the police investigation.