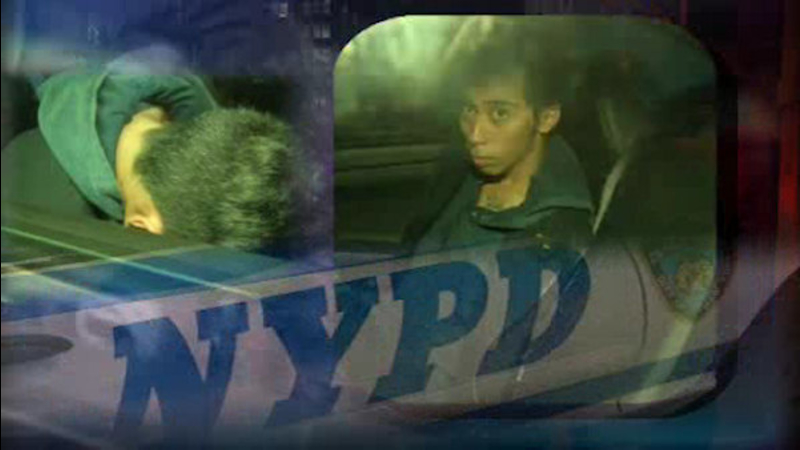 Barry Tune, 20, was found in the Turning Point Sunset Terrace, a group home, around 1:30 a.m. Friday, according to the New York City Police Department.

When he was caught, he had already removed his handcuffs. He is charged with petit larceny and escape from detention.

He's due back in court on Monday, January 4th.

Two NYPD officers have been suspended for allowing Tune to escape, NYPD Commissioner Bill Bratton announced Friday. Initially, they face a 30-day suspension and then the department will move forward with its disciplinary process, he said.

Bratton called the incident "a significant neglect of duty."

"As we go forward and we have repeat incidents of this, we will start treating them even more seriously than the suspension," Bratton said. "They will be transferred from their commands and needless to say this will impact on their future careers in the department dramatically. We don't condone this behavior at all."

Tune was initially arrested for stealing jeans Thursday at the Gap at 173 Broadway in Lower Manhattan. Gap security held him for police. He was handcuffed and lying in the back of an NYPD police cruiser at 7:45 p.m. on Franklin Street when he kicked open the back door.

Tune ran toward Varick and Franklin streets, headed to the downtown 1 subway, then ran into the tunnel. The MTA briefly shut down subway service as police searched for him Thursday night.

Sunset Terrace, at 319 42nd St., is a shelter for the runaway homeless youth. Tune, who lived there several years ago when he was a juvenile, listed the shelter as his address. He has several different names on record, including Magsayo Cruz.