Authorities say a Bobcat machine fell through the roof of the National Wholesale Liquidators store on Central Park Avenue, with the Yonkers Fire Department calling it a "major roof collapse."

"We just looked up, and the whole roof was collapsing on top of the people," customer Alejandro Tellez said.

There was a huge hole nearly 30 feet by 40 feet, and with dozens of people inside at the time of the accident, officials say it's amazing more people weren't seriously hurt.

"It was panic," one customer said. "Everybody was screaming."

Construction crews were repairing a parking lot above the store just before noon when the concrete below suddenly gave way, dropping the machine -- along with its operator and a passenger -- nearly 30 feet into the store below. It also brought a massive portion of the roof along with it.

The two people on the Bobcat and three people below were injured.

"I thought it was an earthquake the way it sounded," customer Osvaldo Hernandez said. "The water was black coming down from the roof." 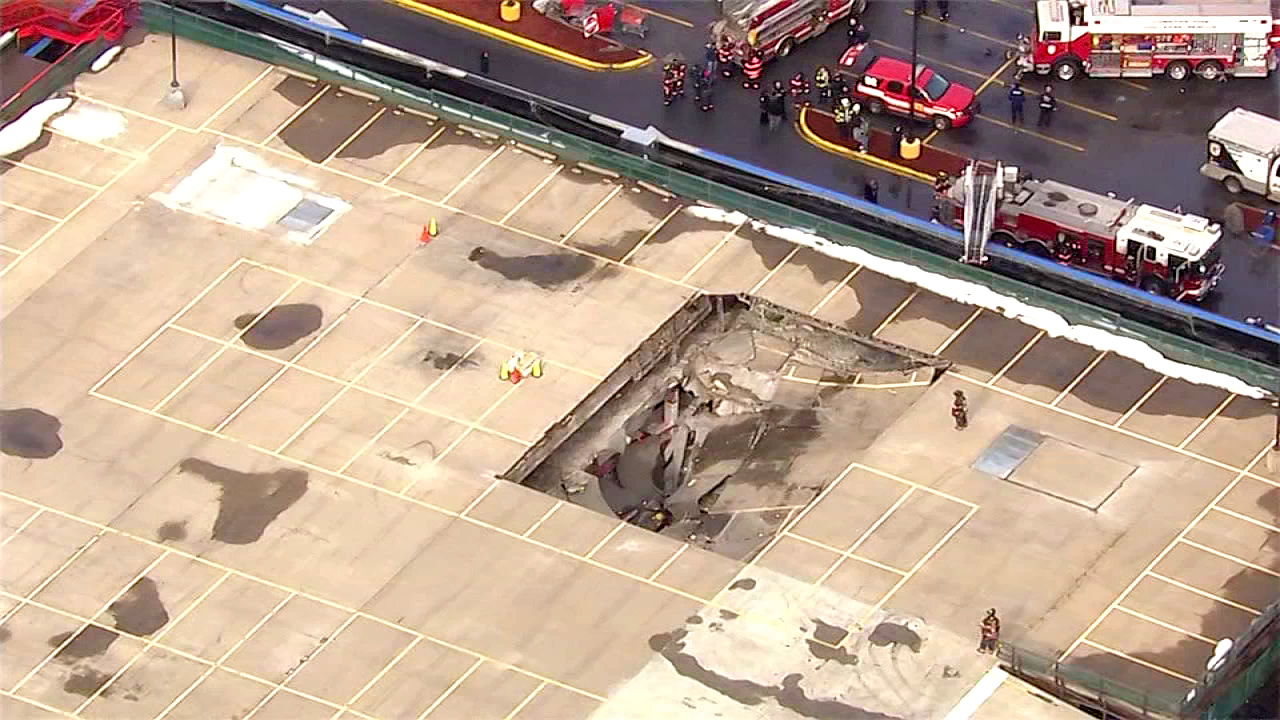 None of the injuries is believed to be life threatening, with the most serious a fractured hip. All of the victims were being treated at area hospitals. 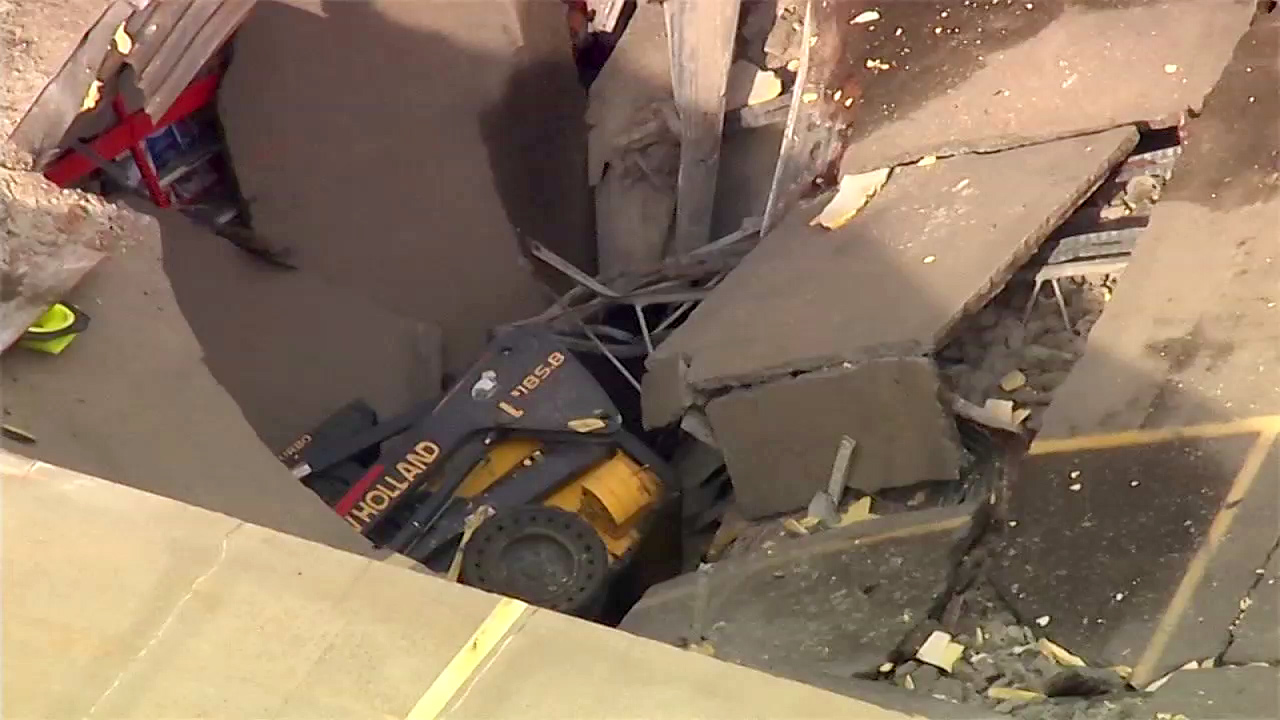 The exact cause of the accident remains under investigation, but all involved agree things could have been much worse.

Engineering crews are now trying to devise a plan where they can carefully remove the remaining debris inside the store, but they warn it could take an extended period of time.
Related topics:
yonkerscollapseroof collapseconstruction
Copyright © 2020 WABC-TV. All Rights Reserved.
More Videos
From CNN Newsource affiliates
TOP STORIES