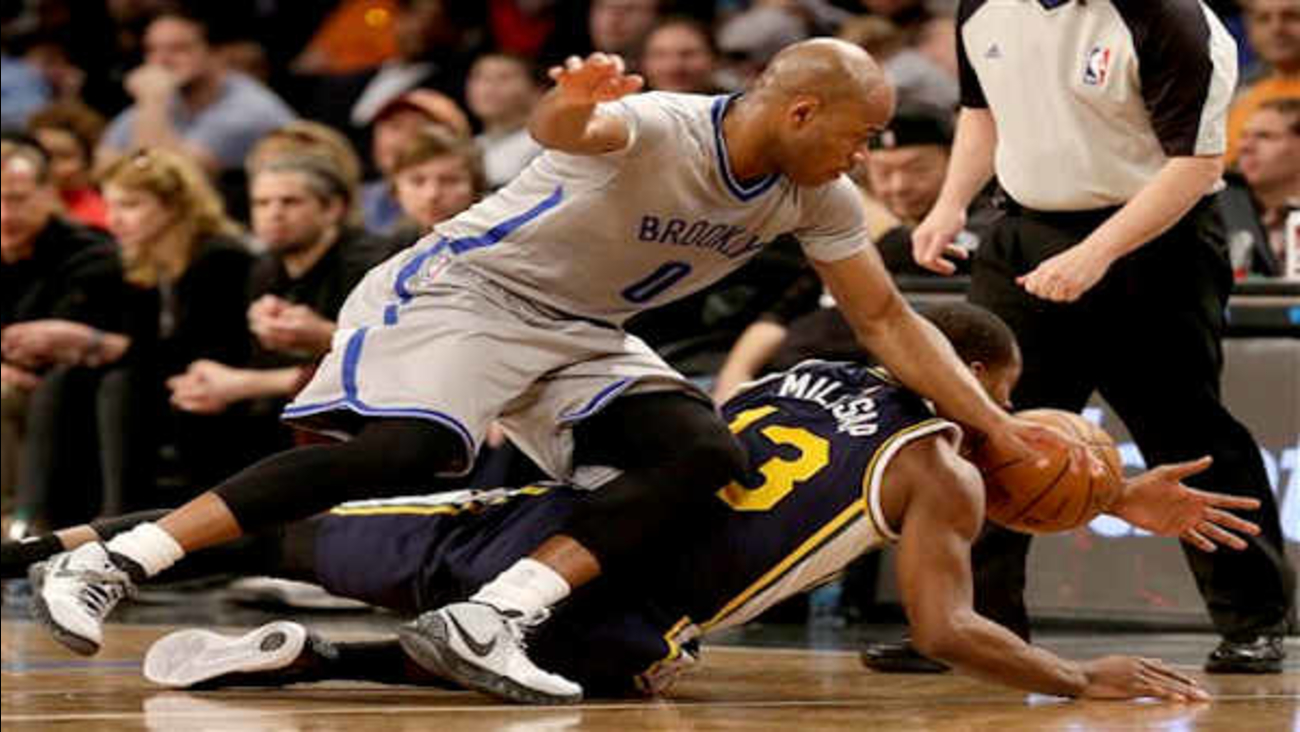 Former Nets forward Derrick Favors added 22 points and eight rebounds for the Jazz, who won for the seventh time in nine games and finished off a 3-1 road trip in which they were a second away from being perfect.

Hayward's flurry started a 10-0 run after the Nets were within a point midway through the fourth quarter.

Brook Lopez had 19 points and 10 rebounds in his return to the Nets starting lineup. Thaddeus Young also was inserted into the lineup to make his first start since being acquired from Minnesota for Kevin Garnett at the trade deadline. He also scored 19.

The Nets dropped their third straight, falling further back in the race for one of the final Eastern Conference playoff spots.

Coach Lionel Hollins gave little insight into his reasoning, saying it was time for a change. The Nets had been going with 6-foot-7 Joe Johnson as an undersized power forward, and his offense has suffered.

It didn't help him much Sunday, as he finished with nine points on 4-of-10 shooting. Former Jazz All-Star Deron Williams, acquired in the 2011 trade that sent Favors to Utah, had just six points and four assists, two nights after going 2 for 16 in an overtime loss to Phoenix.

Neither team led by more than seven through three quarters, and Utah's lead was just 78-77 with 5:23 left after six straight points by Lopez. Hayward then nailed a 3-pointer and followed with two free throws that made it 83-77, and Favors and Elijah Millsap combined for the next five points as Utah opened its largest lead at 88-77 with 3:20 to play.

The Nets faltered again in the closing stretch, just as they did while blowing a 15-point, fourth-quarter lead and losing to the Suns in overtime.

They fell to 1-3 on a five-game homestand that ends Tuesday against New Orleans.

Utah appears to be a young team on the rise, improving to 7-3 with the lineup of Hayward, Favors, Rudy Gobert, Dante Exum and Joe Ingles. The Jazz would've swept their road trip if not for Tyler Zeller's basket at the buzzer that gave Boston an 85-84 victory last Wednesday.

Lopez and Young each had eight points in the first quarter as Brooklyn took a 24-21 lead. The Nets were ahead 43-42 at halftime.