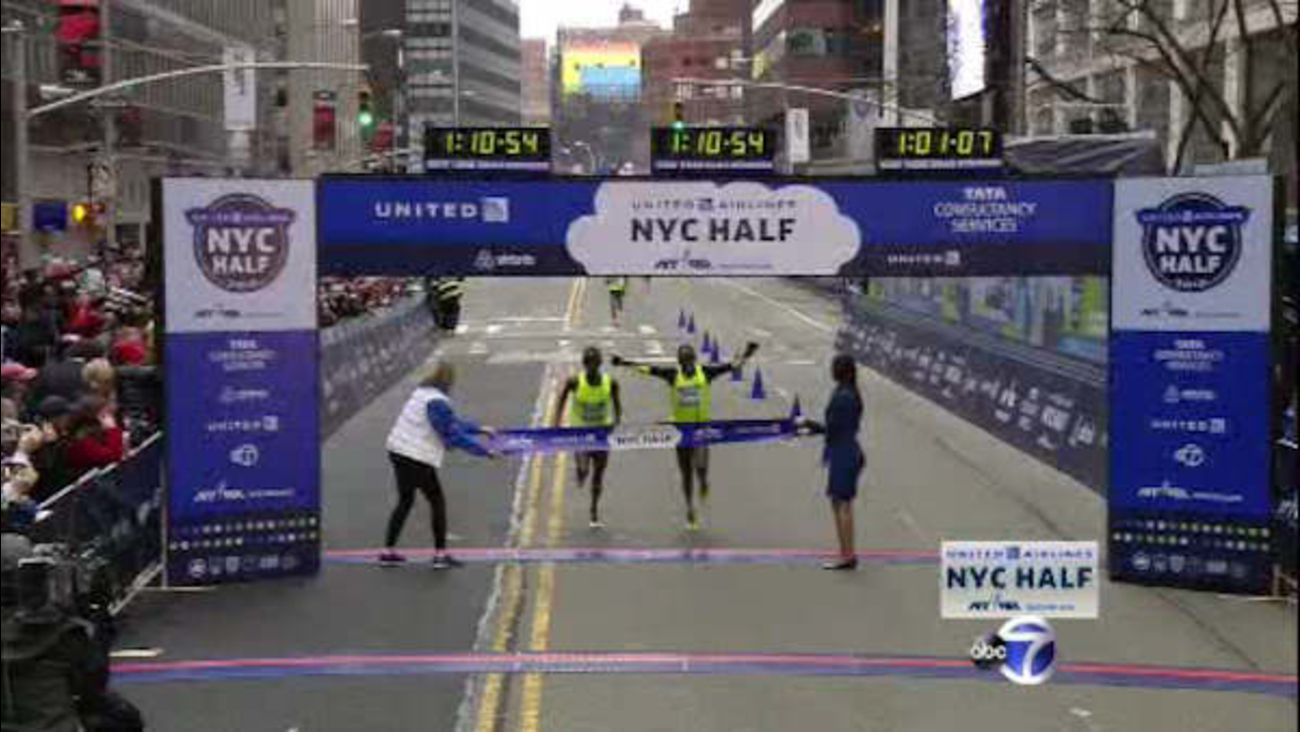 Kenya's Leonard Korir, who attended nearby Iona College, was the men's champion.

Huddle, from Elmira, New York, tied the course record with a time of 1 hour, 8 minutes, 31 seconds on the 13.1-mile run through Manhattan.

Kenya's Joyce Chepkirui was second in 1:08:42, and defending champ Sally Kipyego was third.

American Meb Keflezighi, running as part of his preparation to defend his Boston Marathon title in five weeks, was eighth.

The 2015 United Airlines NYC Half took runners from around the city and the globe on a tour of New York City. Led by a talent-packed roster of American and international elites, runners stopped traffic in Manhattan, from Central Park through Times Square to South Street Seaport.

Sambu, 26, was the top returner from last year's NYC Half, where he finished third with a time of 1:01:18, improving upon his seventh-place performance in 2013. At the 2014 B.A.A. 10K, the nine-time Division I NCAA All-American successfully defended his title, clocking a time of 27:25-the world's fastest road 10K of the year. 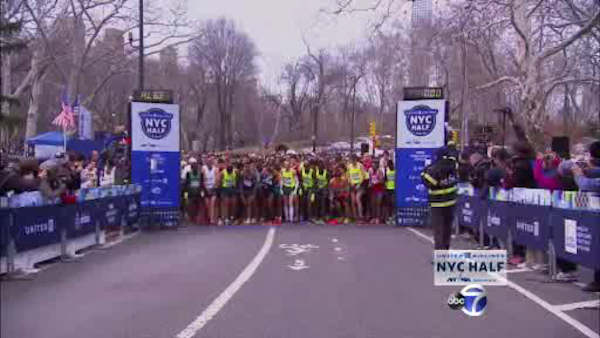 The 2015 United Airlines NYC Half aired live in New York on ABC7 and WatchABC and on 7online.