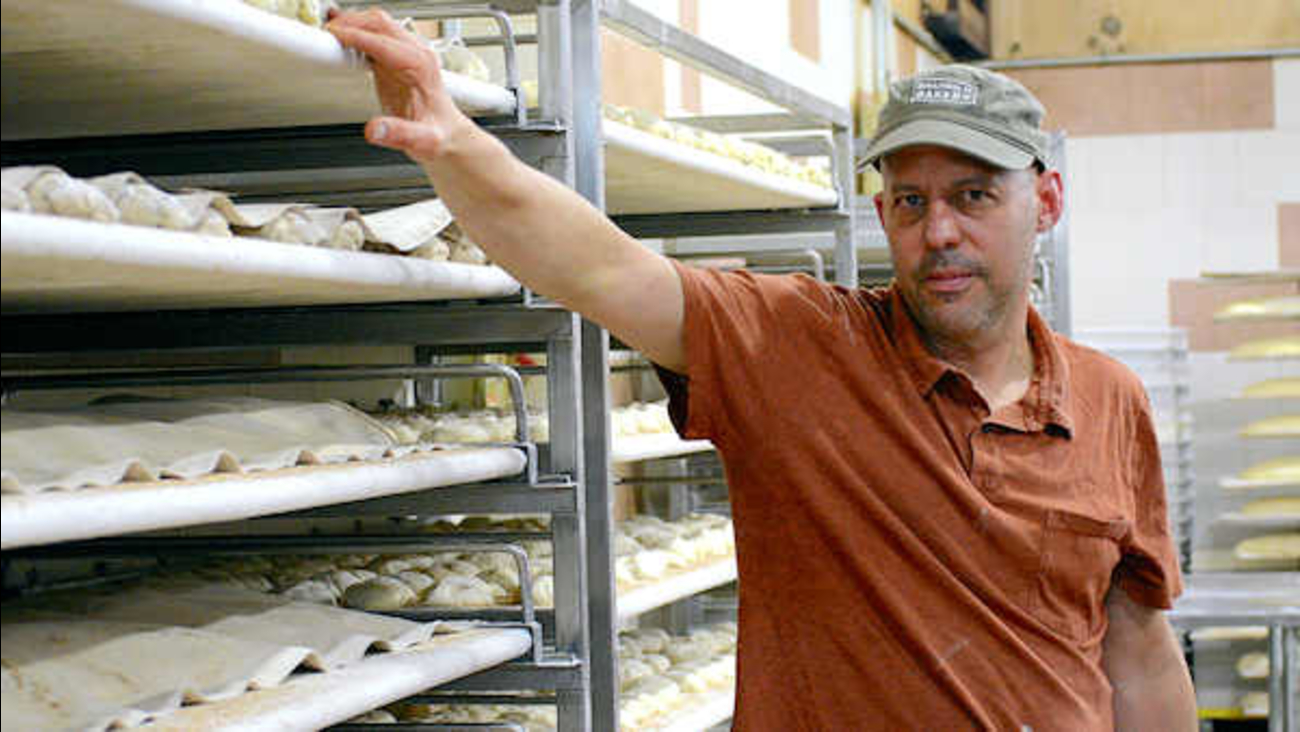 NEW YORK (WABC) -- During his first trip to Italy in 1986, Jim Lahey bit into a tomato and experienced synesthesia.

"I saw the aura around the food," he said. "I saw colors...and I was in awe of this reverence for eating and the pleasure of eating and all things about being at a table and talking and the ritualization of eating."

Lahey, a self-proclaimed "bread geek," is the founder and owner of Sullivan Street Bakery and a 2015 James Beard Award nominee for "Outstanding Baker." The awards ceremony will take place on May 4 in Chicago. 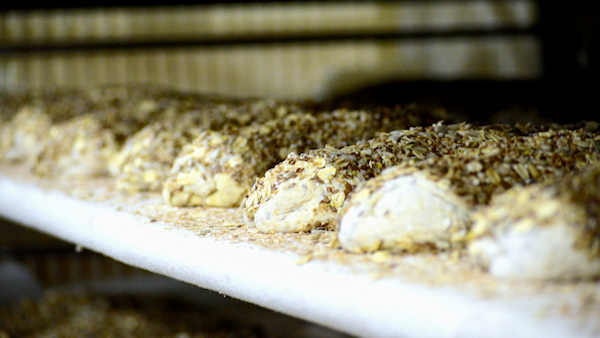 PHOTOS: Baker Jim Lahey
See photos of Jim Lahey in the Hell's Kitchen location of Sullivan Street Bakery
"I'm tickled pink that I got nominated," he said. "My reaction was delight and shock."

Lahey is well-known for his "no-knead" bread recipe, which was featured in The New York Times in 2006 and stands as one of the most popular recipes the Times has ever published.

He pitched the idea to New York Times Op-Ed columnist and Times Magazine food columnist Mark Bittman as a technique "that was so easy a 4-year-old could do it," he said.

After the recipe circulated and gained popularity, Lahey received artwork, thank you letters and testimonials from people who expressed how much the recipe changed their lives.

"The reward, I think, ended up being that I felt like somehow, by sharing this little bit of knowledge, I kind of launched a discussion in the making of something," Lahey said.

But before his no-knead bread inspired others, Lahey himself was inspired to begin cooking after returning from Italy in his 20s. The young Lahey recalled visiting Barnes and Noble in Union Square and purchasing cookbooks by Anne Willan and Carol Field.

Lahey taught himself to make sauces, and continued on to learn the art of pesto, plain white bread, chicken stock and other basic staples of a college student.

On a subsequent trip to Italy, Lahey prepared Middle Eastern food for a conference of about 30 people, he said.

"I just like giving others pleasure through eating, making food that they devour, that they enjoy eating," he said.

After that six-month stint in Italy, Lahey returned to Williamsburg, Brooklyn, where he worked "37 jobs" while trying to figure out how he could open his own bakery.

Sullivan Street, he said, was the 37th job. Before that, he worked as a bread shaper for Amy's Bread. Instead of bringing Amy Scherber his resume, he brought her loaves of bread that he baked, and that landed him the job.

As far as Lahey's "bread philosophy," the perfect bread should be crunchy, soft, moist, dry, tangy and sweet and taste like wheat, he said. Sullivan Street Bakery utilizes 22,000 pounds of flour per week to craft this standard of bread and distribute it to about 300 restaurants around New York City, including Lahey's two Sullivan Street Bakery locations and his pizza shop, Co.

And to summarize Sullivan Street's philosophy, Lahey said the goal is to be the best craft bakery in New York City.

"(The philosophy) is to raise all standards in terms of our commitment to being green, our commitment to creating a really nice work environment for our staff, our commitment to the people who make up the company and perhaps change the model for what craft baking could be."
Related topics:
food & drinknew york cityfood
Copyright © 2021 WABC-TV. All Rights Reserved.
TOP STORIES
At least 8 people hurt in partial collapse at Miami-area condo
Adams takes lead in NYC mayoral primary, Wiley and Garcia hold on
2021 New York Primary Results
Who's left and what's next in the race for NYC mayor
NYC mayoral primary: How did your neighborhood vote?
Transgender woman attacked by man inside NYC subway station
Board approves hikes for rent-controlled apartments in NYC
Show More
Exclusive: Firefighters rescue teen trapped in dressing room
Several neighbors spot bear roaming Connecticut neighborhood
The Countdown: NYC mayoral primary results, Biden vs. guns
NYT report: No tuna DNA found in Subway's tuna sandwich
Tide of violent transit crime is receding
More TOP STORIES News