Young cancer patient who had street named after her dies 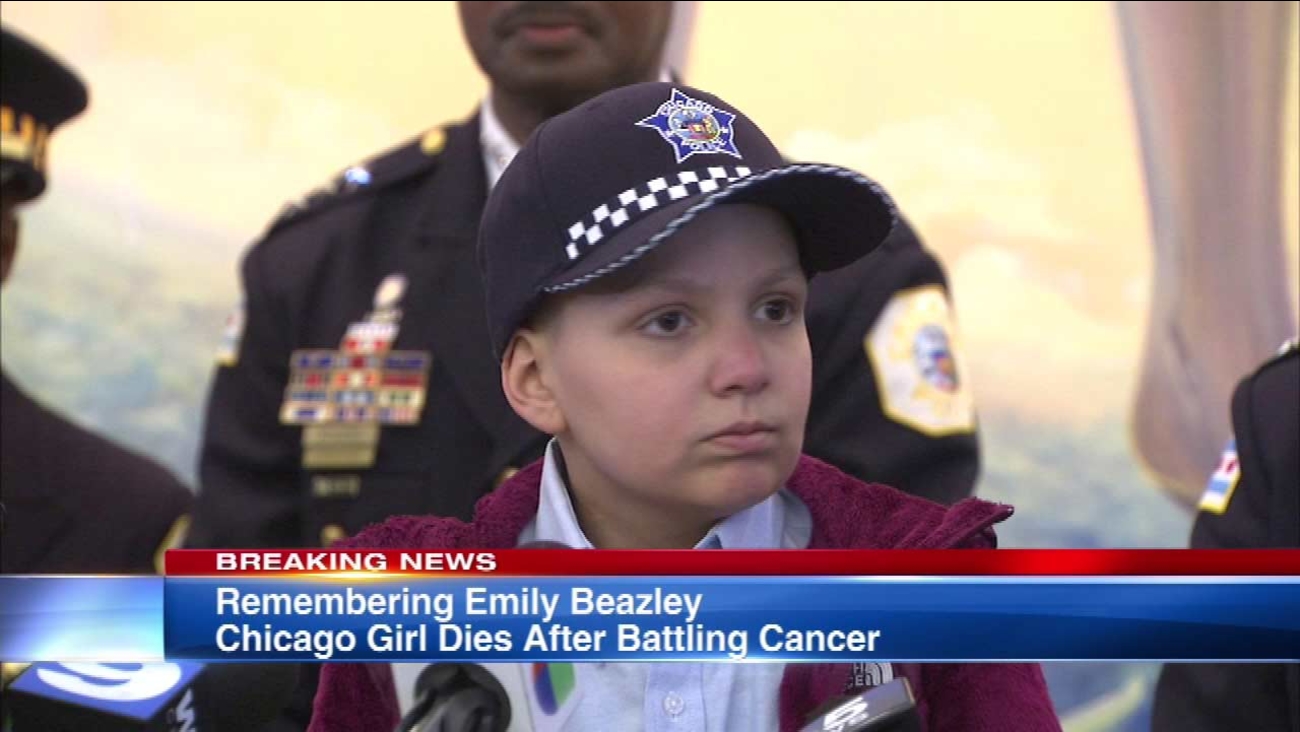 CHICAGO -- A young cancer patient who had a street named after her in Chicago's Mt. Greenwood neighborhood has died.

Last month, Emily Beazley had the street named after her, got a call from idol Taylor Swift, and was named an honorary police officer with her little sister Olivia.

Swift called Emily after her radiation treatment and gave her a few words of encouragement and heard about the street renaming ceremony.

Emily's mom says when Emily got off the phone she was smiling from ear to ear, and said she hadn't seen that kind of smile from her in a long time.

Emily battled cancer for four years. She was diagnosed with non-Hodgkin lymphoma when she was 8. She'd gone into remission but the cancer returned. Olivia donated her stem cells to try to help save her sister's life.

The Beazley girls come from a family of Chicago police officers; two grandparents and their dad, Detective Ed Beazley. So it was just a matter of time before Emily and her sister joined Chicago's finest. They became honorary police officers in front of dozens of police officers and the city's top cop. Both girls received Chicago Police Department badges.

"Today is a very, very special day for the Chicago Police Department as we welcome two new police officers with incredible courage, dignity and strength. And I gotta tell you, I know a lot of cops. A lot of tough cops ... This is about tough," Chicago Police Supt. Garry McCarthy said.

"These past four years have been difficult, but you got to stay strong. You got to stay positive no matter what happens," Emily said.