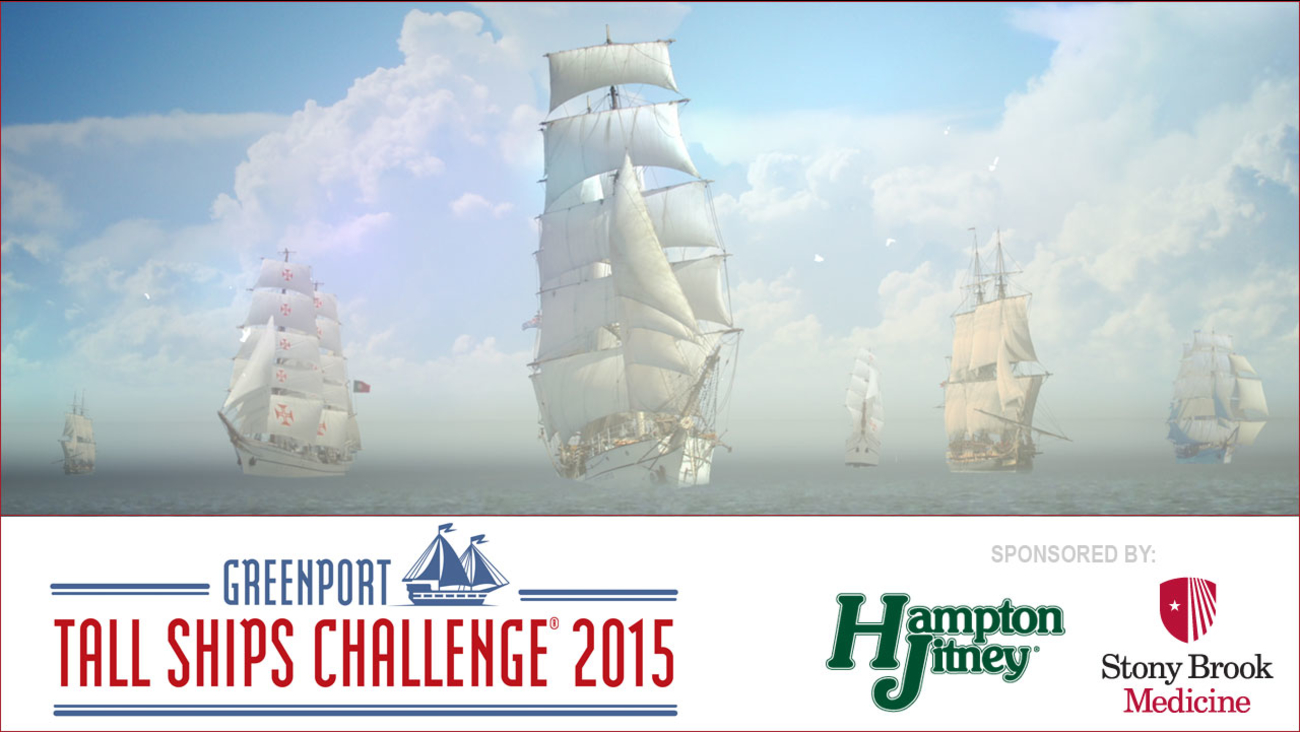 Greenport Harbor will welcome six grand ships from around the world including France's LaFayette's Hermione. The Hermione will be making a symbolic journey across the Atlantic simulating the route made by LaFayette in 1780, celebrating the historic relationship between the United States and France. Joining the Hermione in Greenport will be the Picton Castle (Nova Scotia), Sagres (Portugal), Lynx (CA), AJ Meerwald (NJ), and Kalmar Nykel (DE).

The highlight of this four-day festival will be the magnificent ships, but there will be a lot more to do and see! On the waterfront, Mitchell Park, one of the premier yacht destinations, will be bustling with special events and activities to entertain visitors all weekend long. Restaurants and merchants will offer an assortment of great food and beverages. Live music will be performed on stages and street performers will display their many talents throughout the Village streets and harbor front. Play games at the nearby carnival, take a ride on the antique carousel and enjoy a dazzling display of fireworks in the town named one of the prettiest in the U.S. by Forbes Magazine.

Come for the weekend, and experience all Greenport has to offer: hotels, inns, or a BNB, walk to all shops and galleries, restaurants, antiquing, boating, and ship tours. Greenport Tall Ships 2015 will be an adventure for the entire family. 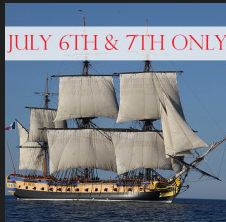 HERMIONE
A French replica of the 145' long Concorde class frigate of the French Navy, famous for carrying General Lafayette to the United States in 1780 allowing him to rejoin the Americans during the American Revolutionary War. "From the first moment I heard the name America, I loved it; from the instant I knew it struggled for freedom, I was consumed with the desire to shed my blood for her I will count the days I got the chance to serve it, everywhere and anytime, among the happiest days of my life" - General Layayette

LYNX
In 1997 Woodson K. Woods embarked on a journey to build a privateer inspired by the original historic tall ship from the War of the 1812 - The Privateer Lynx. His goal was to create a living history museum to educate children and adults alike about American history through active sail training aboard a real wooden sailing ship. Now, Lynx does just that. At 78 feet long, Lynx is an award-winning vessel that is no stranger to the silver screen and page.

AJ MEERWALD
The Schooner A.J. Meerwald is New Jersey's official Tall Ship. She is a restored oyster dredging schooner, whose home is in Bivalve, New Jersey. Launched in 1982, A.J. Meerwald was one of hundreds of schooners built along South Jersey's Bayshore before the decline of the shipbuilding industry which coincided with the Great Depression. 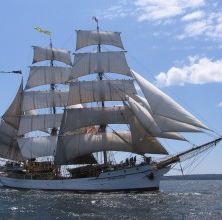 PICTON CASTLE
A 179' long, 284-ton, three-masted barque based in Lunenburg, Nova Scotia, Canada best known for sail training voyages around the world. Over the past decade, the ship has made five complete circumnavigations of the globe, and many more voyages.
The Picton Castle is a training ship holding onboard workshops such as wire and rope rigging, sail making, boat handling, navigation and practical seamanship. She has won the Sail Training Program of the Year award.

SAGRES
The Sagres was built in 1937 in the ship yard of Blohn & Voss in Hamburg and named the Albert Leo Schlageter. She was the 3rd of four ships built by the German Navy including the Horst Vessel (now the US Coast Guard ship, Eagle) and the Gorch Fock (now the Tovarishch of Ukraine). A sister-ship, Mircea, was also built for the Romanian Navy. During World War II she was taken to Bremerhaven ship yard after damage from a mine and captured by the U.S. forces in 1945. The ship was given to Brazil in 1948 and sailed in as a training ship in the Brazilian Navy under the name Guanabara. In 1962 she was purchased by Portugal to replace the old sail training ship Sagres and is often referred to as the Sagres II.