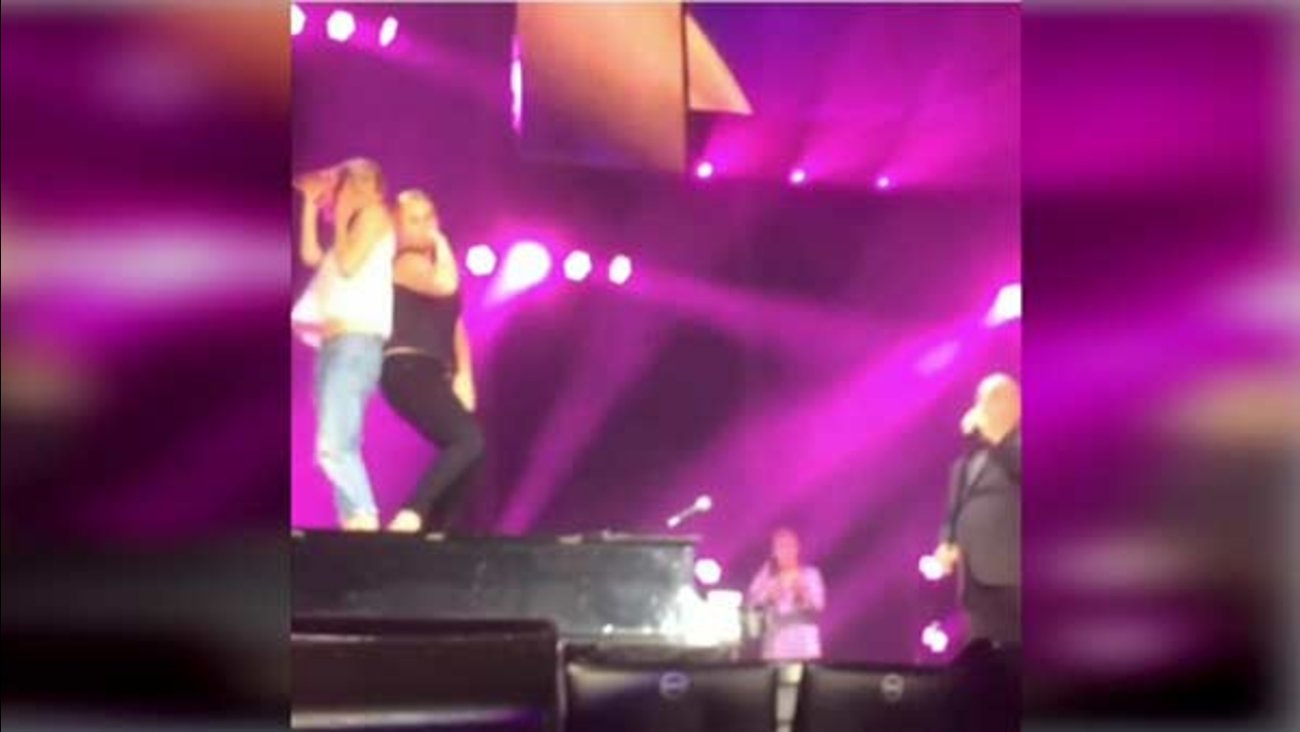 CHICAGO -- Wrigley Field rocked Thursday night as Billy Joel was in town for the second year in a row.

He played to a sold out-crowd. And this time he brought friends.

Actress Jennifer Lawrence and comedian Amy Schumer danced on Joel's piano during his rendition of "Uptown Girl," which is featured in Schumer's latest movie, "Trainwreck."

Lawrence says she and Schumer are collaborating on a film project.

Joel has played four times at the Friendly Confines, twice solo and twice with with Elton John.