At least 160 reported dead after church roof collapses in Nigeria 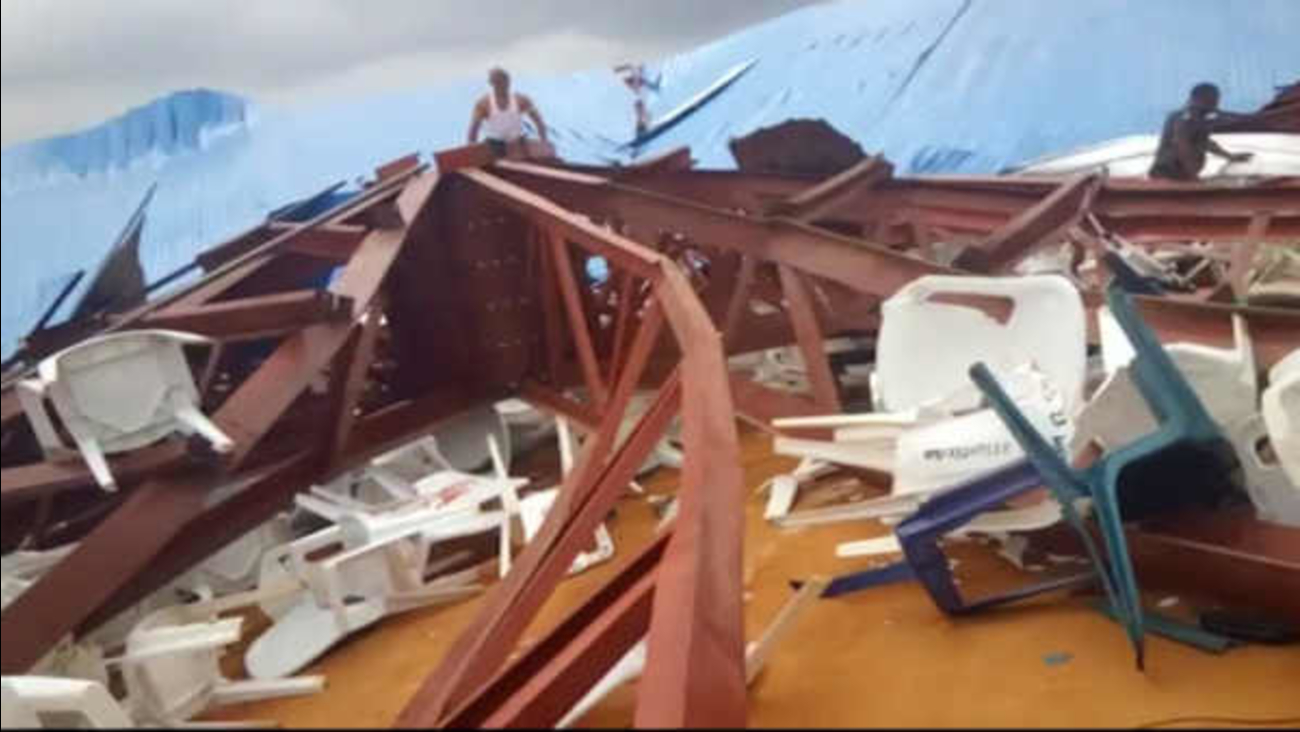 In this image made from video taken on Saturday, Dec. 10, 2016, local people survey the scene after a church roof collapsed in Uyo, Nigeria. (Ukeme Eyibio via AP)

LAGOS, Nigeria -- Metal girders and the roof of a crowded church collapsed onto worshippers in southern Nigeria, killing at least 160 people with the toll likely to rise, a hospital director said Sunday.

Mortuaries in the city of Uyo are overflowing from Saturday's tragedy, medical director Etete Peters of the University of Uyo Teaching Hospital told The Associated Press.

The Reigners Bible Church International was still under construction and workers had been rushing to finish it in time for Saturday's ceremony to ordain founder Akan Weeks as a bishop, congregants said.

Hundreds of people, including Akwa Ibom state Gov. Udom Emmanuel, were inside when metal girders crashed onto worshippers and the corrugated iron roof caved in, they said. Emmanuel and Weeks, who preached that God will make his followers rich, escaped unhurt.

Many uncounted victims are in private mortuaries scattered across Uyo, youth leader Edikan Peters said. He said some people are secretly taking the bodies of relatives to their homes because mortuaries are overcrowded and some do not have refrigeration.

A crane is being used to lift debris believed to be hiding the bodies of more victims, said Peters.

He tallied 90 bodies before he was told to stop counting on Saturday night, Peters said.

Journalists at the scene charge that church officials are trying to prevent them from documenting the tragedy, trying to seize cameras and forcing some to leave the area.

The governor's spokesman, Ekerete Udoh, said the state government will hold an inquiry to investigate if anyone compromised building standards. Buildings collapse often in Nigeria because of endemic corruption with contractors using sub-standard materials and bribing inspectors to ignore shoddy work or a lack of building permits.

In 2014, 116 people died when a multi-story guesthouse of the Synagogue Church of All Nations collapsed in Lagos, Nigeria's largest city. Most victims were visiting South African followers of the megachurch's influential founder T. B. Joshua.

Two structural engineers, Joshua and church trustees have been accused of criminal negligence and involuntary manslaughter after a coroner found the building collapsed from structural failures caused by design and detailing errors.

But Lagos state government efforts to bring them to court have been foiled by repeated legal challenges that have delayed a trial.
Related topics:
collapsechurchnigeria
Copyright © 2021 by The Associated Press. All Rights Reserved.
More Videos
From CNN Newsource affiliates
TOP STORIES