LIRR restored into, out of Penn Station after signal issues in Queens, Thursday commute expected to be normal 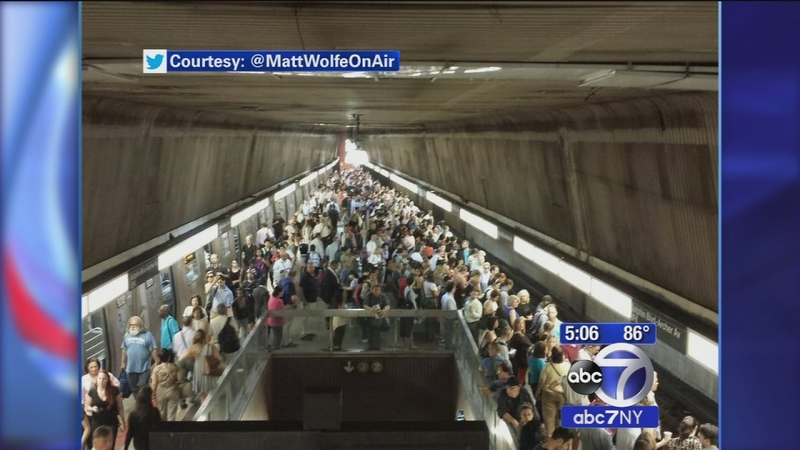 NEW YORK (WABC) -- Long Island Rail Road service is expected to be normal for Thursday morning after a massive shutdown on Wednesday morning due to a power issue.

Service was suspended Wednesday morning due to a power problem affecting the signal system outside the East River tunnels. Con Edison said it is a problem internal to the railroad.

WHAT HAPPENED? A power distribution problem Wednesday morning in Queens caused the suspension of LIRR trains. The issue is with power distribution to "harold interlocking" -- a series of switches in Queens, about four miles east of the East River Tunnels. Trains cannot be moved through the tunnel, which takes LIRR trains from Jamaica to Manhattan, because switches cannot be operated.

One commuter posted video of an LIRR worker explaining what was happening at the Jamaica station:


Several trains were temporarily stuck in the East River tunnel until the switches could be cleared. All trains had power and air conditioning.

The issues meant crowded trains -- both on the LIRR and the NYC subway:

Was fortunate enough to be pushed into the car. Headed to Penn. @LIRR @MTA @ABC7NY pic.twitter.com/oJCxL6ciEK

It wasn't a good start to the day for anyone riding the LIRR:

@ABC7NY @LIRR Awful way to start the day. When will the madness end!! pic.twitter.com/5DOclLPqWx