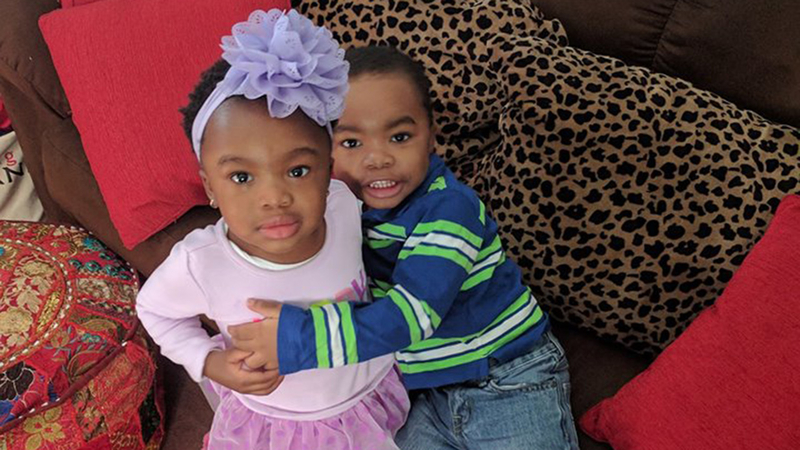 Investigation into homicides of brother and sister in Bronx

VAN CORTLANDT VILLAGE, Bronx (WABC) -- The deaths of two young siblings discovered dead in their Bronx home Monday have both been ruled homicides.

Autopsies on 2-year-old Olivia Gee and 3-year-old Micah Gee Tuesday found the causes of death in both cases to be blunt impact injuries to the torso.

"Our city is mourning the loss of two young children in a tragedy Monday in the Bronx," Mayor Bill de Blasio said. "As a parent, it's very painful for me to think about the death of these two children and what the family is going through right now. The NYC Police Department and Administration for Children's Services will continue to investigate this tragedy."

Police were called around 1 a.m. Monday to a housing co-op in the Van Cortlandt Village section, after their mother and her boyfriend reported that the children were having trouble breathing. They were rushed to Montefiore Medical Center, where they were pronounced dead.

It is unclear what charges would be filed and against whom. The mother's 31-year-old boyfriend was previously questioned and later released, and he is said to be cooperating fully with the investigation.

The mother was hospitalized for psychiatric evaluation. Before she went to the hospital, she told police that both children were asthmatic. Police are now looking to verify those claims.

"Everyone has said that they are completely devastated," co-op general manager Charles Zsebedics said. "They can't believe what they're hearing, and the circumstances surrounding it obviously still need to be investigated."

Neighbors in the 74 apartments of the complex were in shock and disbelief.

"It had to be an accident," neighbor Aaron Olshan said. "It could only, I mean, things happen. There is no way that these parents could be culpable in any way. This is just, it's not possible."

Distraught family members understandably did not want to talk on camera, but those who know the family -- and there are many in the close community -- have trouble coming to grips with the unimaginable.

"When I tell you these were beautiful children, they were the most incredible," Zsebedics said. "And anyone here who's ever been in contact with them would tell you exactly the same...Everyone was heartbroken."
Report a correction or typo
Related topics:
new york citykingsbridge heightschild death
Copyright © 2021 WABC-TV. All Rights Reserved.
More Videos
From CNN Newsource affiliates
TOP STORIES