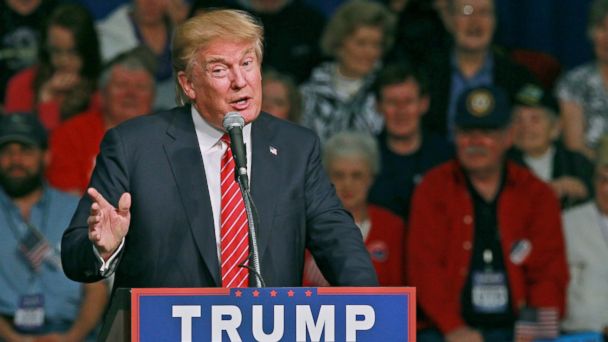 Republican frontrunner Donald Trump is pulling away in a new poll.

This marks Trump's highest support and widest lead since he first announced his candidacy.

Ben Carson, plagued by questions over his past and doubts by voters on foreign policy in the wake of the Paris attacks, dropped 8 percentage points since mid-October. Meanwhile, Ted Cruz, focusing his efforts on the first-in-the-nation caucus state of Iowa, has climbed 12 points.

More than half of Republicans - 52 percent say Trump has the best chance of winning the general election in November, widely leading Rubio with 15 percent, Cruz with 11 percent and Carson with 10 percent. This comes despite Trump's low favorability ratings among independents in other polls.

Majorities of Republicans say Trump is the best candidate to handle the economy and the federal budget. He is also the most trusted candidate by far on illegal immigration and ISIS.

Trump is also the top candidate on foreign policy, though Cruz and Rubio trail him in that category by only 13 and 16 points respectively.

The GOP nomination horserace question in this poll followed several questions about illegal immigration and mass deportation, both staples of Donald Trump's campaign.