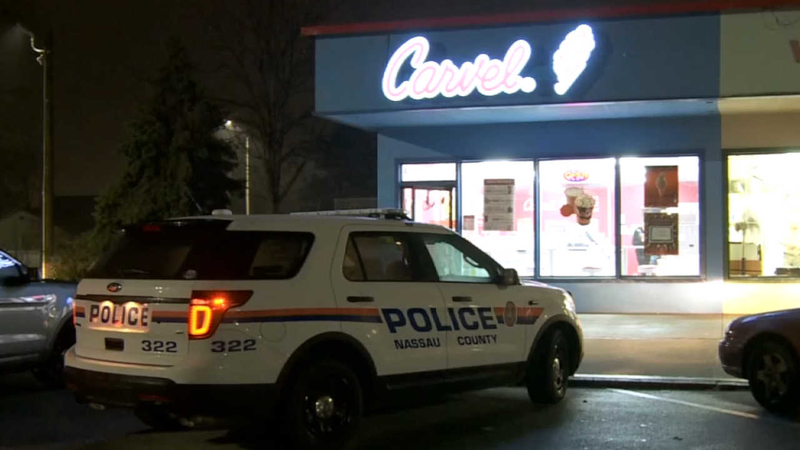 WESTBURY, Long Island (WABC) -- Police are investigating after am armed robbery took place at a Carvel on Long Island, and it may be connected to at least three others.

Investigators tell Eyewitness News they are fairly certain that it is the same man who committed the four robberies in the past two months.

The first three the suspect used a machete, but in the most recent he used a kitchen knife.

Just after 8 p.m. Sunday police say the suspect entered the Carvel on 801 Carman Avenue in Westbury with a knife.

There were two people working at the time, but no customers inside.

Last Tuesday, there was another robbery when a man came in with a machete at a Carvel in Bethpage.

On February 15th, twice in one night, there were two robberies, one at a Carvel, another at a Dunkin Donuts.

The good news is no one was hurt in any of the robberies, but investigators have stepped up patrols.

There is also concern that the robberies might escalate.

"There's always a concern when an individual does a repeated robbery over and over again, that person does become more comfortable with his surroundings and what he's doing," said Det. Lt. Richard Lebrun, Nassau County Police Department. "That's why we always ask for the victim to comply, make sure that person leaves the store as soon as possible and then call the police."