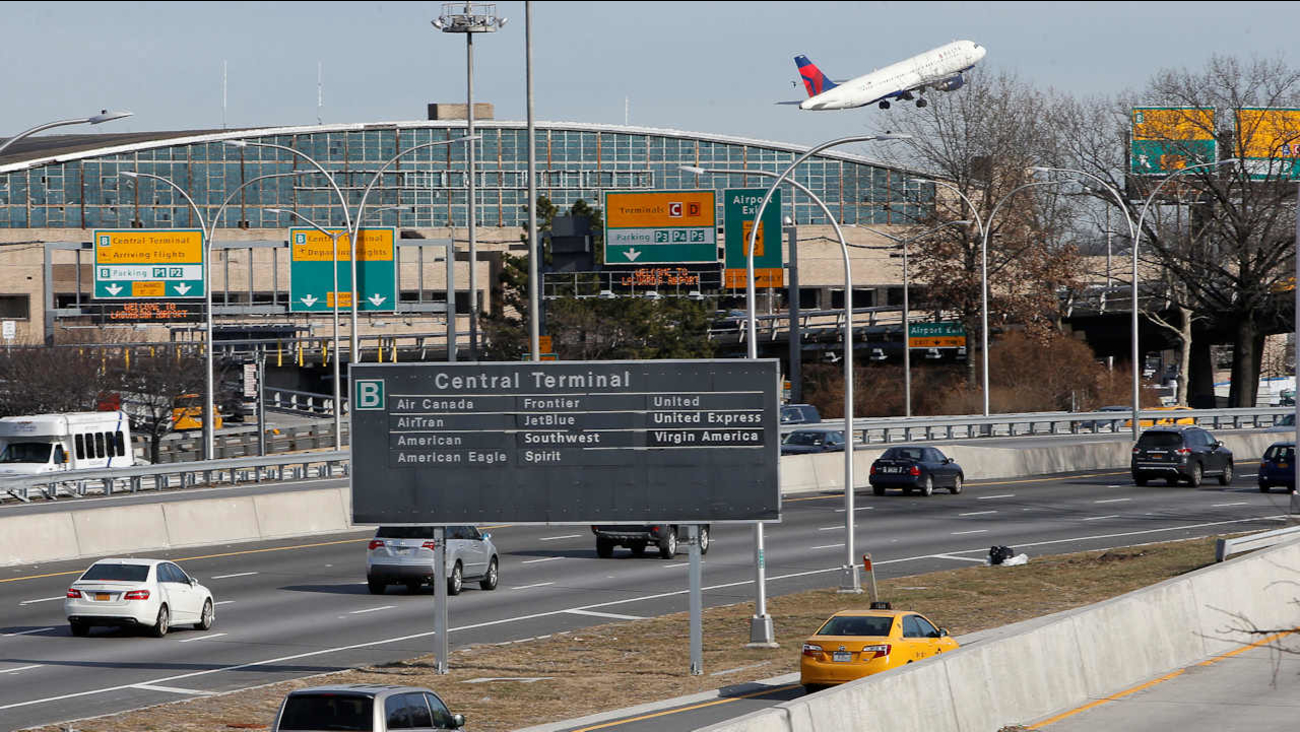 That's because New York has the most crowded airspace in the country, according to the alliance, and that limits operations. Air traffic volume accounted for nearly a quarter of all "airspace delays," defined as delays that can be remedied by airspace improvements, impacting more than 7,800 flights into the regional airports last year.
Related topics:
new york cityairport newsair travellaguardia airport
Copyright © 2021 WABC-TV. All Rights Reserved.
TOP STORIES
Brothers in car stabbed by suspects on e-scooters
14 injured as driver causes chaos in attempt to flee NYPD
Volunteers going door to door to encourage vaccine holdouts
AccuWeather: Clouds break for sun
How impeachment proceedings against Cuomo would work
Broadway is back: 1st post-pandemic play opens for previews
10 killed when van crashed into pole near border, DPS says
Show More
Lack of drivers, NYC workers leads to yellow cab shortage
Are you locked out of your Facebook account? You're not alone
Brooklyn nurse honored with Barbie doll made in her likeness
Murphy rips vaccine protesters as "ultimate knuckleheads"
Officials release plan to extend life of BQE another 20 years
More TOP STORIES News